At the Ryman Auditorium

Beth Hart killed last night (3/10/2017) in Nashville at the storied Ryman Auditorium in Nashville, Tennessee. Killed in the sense she slaughtered her material and slayed her audience. I have  never seen a performer so committed to her material as Beth Hart. She has a power and a force that will blow you away! She simply gave it all she had. She is one of the best blues singers I have ever heard and she just keeps on getting better.

Beth looked great in a sparkly mini dress and high heel shoes which showed off her toned legs to great effect. She wore sheer nylon stockings with seams down the back. How sexy was that? She must be eating right because her tiny waist, beautiful skin tones, and irrepressible energy were much on display. 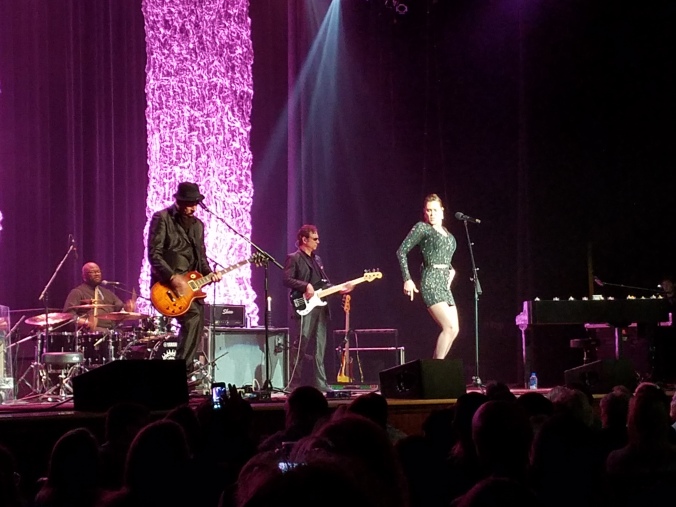 And the music! She has a great band around her including her guitar player who has been with her for 17 years. Beth writes a lot of her own material and there is as story behind each song which she generously shares with the audience before she delivers the goods. The audience loves Beth and she loves them back!

When she performed the song  California, which is a paean to the one she loves, who should appear from behind the black curtain but her husband, who rushes up behind her and hugs her close and kisses her neck and we are swept up in the moment of an emotional highlight.

Throughout the show and on numerous occasions I was moved to the point of tears and the goose flesh was in motion.

She will be appearing in at the Louisville Palace in Louisville, Kentucky on March 19 as part of the Jimi Hendrix experience. I’ll be there.

9 thoughts on “BETH HART IN NASHVILLE”