“I look at clouds from both sides now”

shared a photo with you from the Flickr app! Check it out: 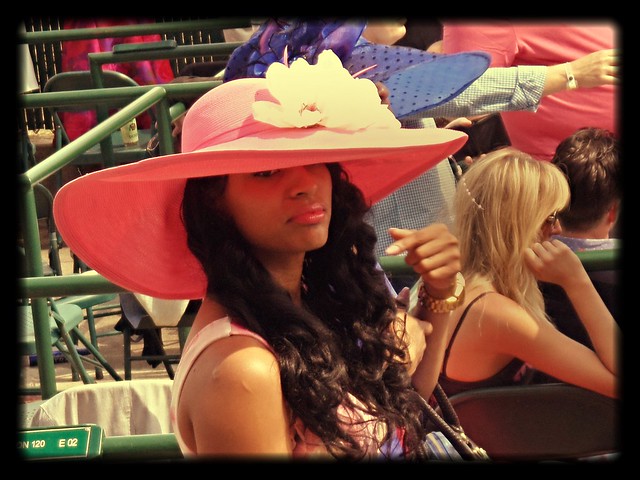 Ernest Hemingways’s novel, Islands in the Stream, published posthumously, is the perfect counterpoint to his novel, For Whom the Bell Tolls, which was of course published during his lifetime. Hemingway takes his title, For Whom the Bell Tolls, from the poem of the same name by John Donne. The first line reads, “No man is an island entire of itself, every man is a piece of the continent a part of the main.”In both novels the protagonists die fighting for a cause larger than themselves that each believed in and that each felt he had a duty to fulfill. This is the Hemingway code of action that has lived with me so many years, ever since the first short story I read by him many years ago, The Short Happy Life of Francis Macomber. Hemingway comes full circle with this novel. From no man is a island to every many is an island. An island in a stream.

In the first case Robert Jordan is fighting fascism in Spain during the Spanish Civil War . In the other, Thomas Hudson is fighting fascism in Cuba during WWII. A German submarine has been damaged and the crew has come ashore and massacred a village of Indians and commandeered their turtle boat. The German crew are hiding out in the mangroves on the Cuban island. It is the duty of Thomas Hudson and his crew to hunt them down. This brilliantly written action sequence takes place in act three of the novel.

The novel is divided into three sections but the reads like three acts in a play. The first section is entitled Bimini. Here we are introduced to the isolated main character Thomas Hudson  who is a painter and lives in a house on the island of Bimini which is part of the Bahamas. It is summer and his three children, two by one wife and one by his first wife, come to visit him for the summer.  This is the happiest section of the book as the happy family interact and reminiscence with one another and go deep sea fishing together.

After the children leave, Hudson learns of a tragic car accident that has taken the lives of his two youngest children and their mother. This section ends with Hudson on a boat trip to Europe to attend their funeral. The tragic accident had a profound impact on Hudson driving him deeper and deeper into himself.

The next section of the book is entitled, Cuba. Most of the action in this section takes place in a bar in Havana called the Floridita. Hudson is knocking back frozen Margaritas (without sugar) and talking to a variety of motley characters who inhabit this world including an aging prostitute called Honest Lil. The conversations are often hilarious and the characters are well drawn and fascinating. Lil asks Hudson when was his happiest day? Hudson replies: “The happiest day I ever had was any when I woke in the morning when I was a boy and I did not have to go to school or work.” In this section Hudson learns of the death of his eldest son who was killed in action while flying over Germany. This was just about the last straw that does him in and he retreats further into himself. He soon receives his orders and goes once more back out to sea. He traded in his remorse for another horse that he was riding now.

The only thing Tom now has left is his duty. “Get it straight. Your boy you lose. Love you lose. Honor has been gone a long time. Duty you do. Sure and what’s your duty? What I said I’d do. And all the things you said you’d do.”

In this last section called, At Sea, Thomas Hudson does is duty. He is in pursuit of a German submarine crew whose submarine has been destroyed. They are hiding out in the mangroves of a Cuban island. The writing in this section is some of the best action writing I have ever read. At the climax there is a showdown between Hudson’s crew and the German crew. Hudson’s crew wins but Hudson gets shot it the process. As his ship cruises back to home port he realizes he is going to die. He thinks about sorrow. If it is cured by anything other than death, chances are that it was not true sorrow.

across a black screen.

In the novel Islands in the Stream by Ernest Hemingway, the main character, Thomas Hudson, is asked by the aging prostitute, Honest Lil, what was the happiest day of his life. Hudson replied as follows, “The happiest day I ever had was any when I woke in the morning when I was a boy and I did not have to go to school or work.”

When one views nature’s beauty one purifies the mind….