The air was soft, the stars so fine, the promise of every cobbled alley so great, that I thought I was in a dream.

No Justice No Peace

Black Lives Matter. All lives matter is frequently clapped back. All lives most certainly do matter. Emphatically, unquestionably, indubitably. But right now, we are focused on the Black Lives lost and the injustice that has been visited upon the black community for 400 years. We are focused on the lives lost by George Floyd, Breonna Taylor, Rayshard Brooks, Ahmaud Arberry, and many more. There have been protests in the street for weeks across the nation against police brutality and the extrajudicious killings of black folk and white folk alike. Here, in a photo essay are some of the expressions of the protests and the outrage. All pictures were taken by me in Louisville, Kentucky where Breonna Taylor was gunned down in her own apartment by police who executed a “no knock warrant.” One of the officers who participated in the raid has been fired. No one has been charged. There still is no justice for Breonna.

Johnny Applegate grew up in the sleepy little river town of Louisville, Kentucky, the gateway to the south.  Louisville is primarily known for Churchill Downs and Bourbon, but it had its fair share of pretty girls too.

When he was eighteen-year-old, Johnny bought his first car. He ventured downtown to a dealership by the name of Broadway Motors. His salesman was a guy name of Grundy Hayes. Grundy was a flashy dresser. He wore a green sharkskin suit and sported brown pork pie straw. He always wore a wide smile to greet the customers that lit up his face.

The car Johnny picked out was a 1959 two tone Chevy Bel Air, white over green. It had a manual transmission with a three-speed shift lever on the column. The car had huge tail fins that flattened over like the fin of a great white whale. Johnny paid $800 dollars cash for the car. He had been saving up the money for months. Grundy was only too happy to accommodate and they struck a deal and Johnny drove the car home that day.

Now the car was fine, the only thing it lacked was a radio. So, one day when he had saved up a little more money, Johnny went down to the local junk shop and bought a radio for the car. He had to go out on the lot and find another wrecked Chevy like his so he could harvest the radio and put it in his car. He was in luck and found the one he was looking for. It took him about an hour to uninstall the radio from the wrecked Chevy. When he got it out, he took it up to the front office and made his purchase then went home to install the radio in his own car. While he was at it, he installed two speakers in the rear of the car and surrounded the speakers with a colorful bright orange cloth. Now he was cooking!

Johnny was very happy with the car. He would wash it and polish it in his drive way every Saturday morning. On Saturday night he would pick up his girlfriend, Lynn and some of their other friends and drive out to Cox’s park down on the river. There they had a little party. It was sort of a precursor to the tailgate parties you see today.

Cox’s park was located down along the banks of the Ohio River. In the summertime the grass was of a vivid blue green color and on this particular hot summer night they could smell the fragrance of the freshly mown lawn. It delighted the senses. Johnny parked the car in the spacious parking lot under the spreading leaves a large chestnut tree. From there you could watch the river roll by and the sun go down as the day turned to twilight. Johnny popped the trunk of the car and played the radio real loud. The sound came booming from the rear mounted speakers. Johnny and his friends drank beer and danced in the parking lot. They whooped and hollered and howled at the moon while they were listening to the tunes broadcast from WAKY, a local AM radio station. Bill Bailey, who billed himself the King Kong of the Kilocycles, was the DJ. He played such tunes as Born to be Wild, Dance to the Music, and Those Were the Days. Later, after it got dark, they climbed back into the car and watched the submarine races. 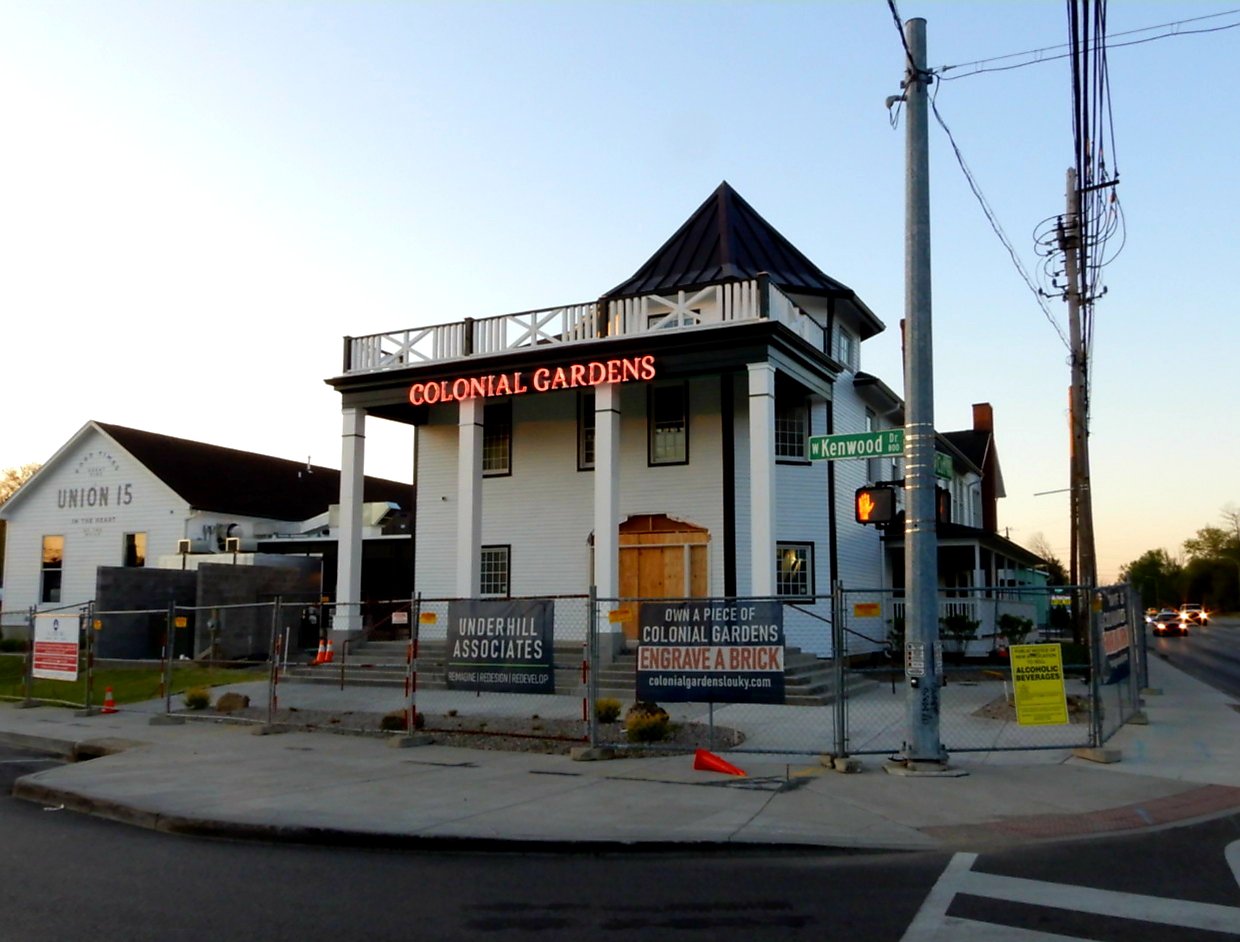 This is Colonial Gardens. I used to come her when I was a teenager to drink and listen to the music. One summer I fell in love with  the the lead singer who used to sing the song, Summer Wine. Whenever I hear that song I think back to that summer…

This is Cox’s park down on the Ohio River. I used to come here as a teenager in a battered old 1959 Chevy Bel Air. I had installed a radio I got from a junk yard and put in speakers in the rear window. We would open up the trunk turn the radio on and dance to the music in the parking lot. Later we would watch the submarine races. 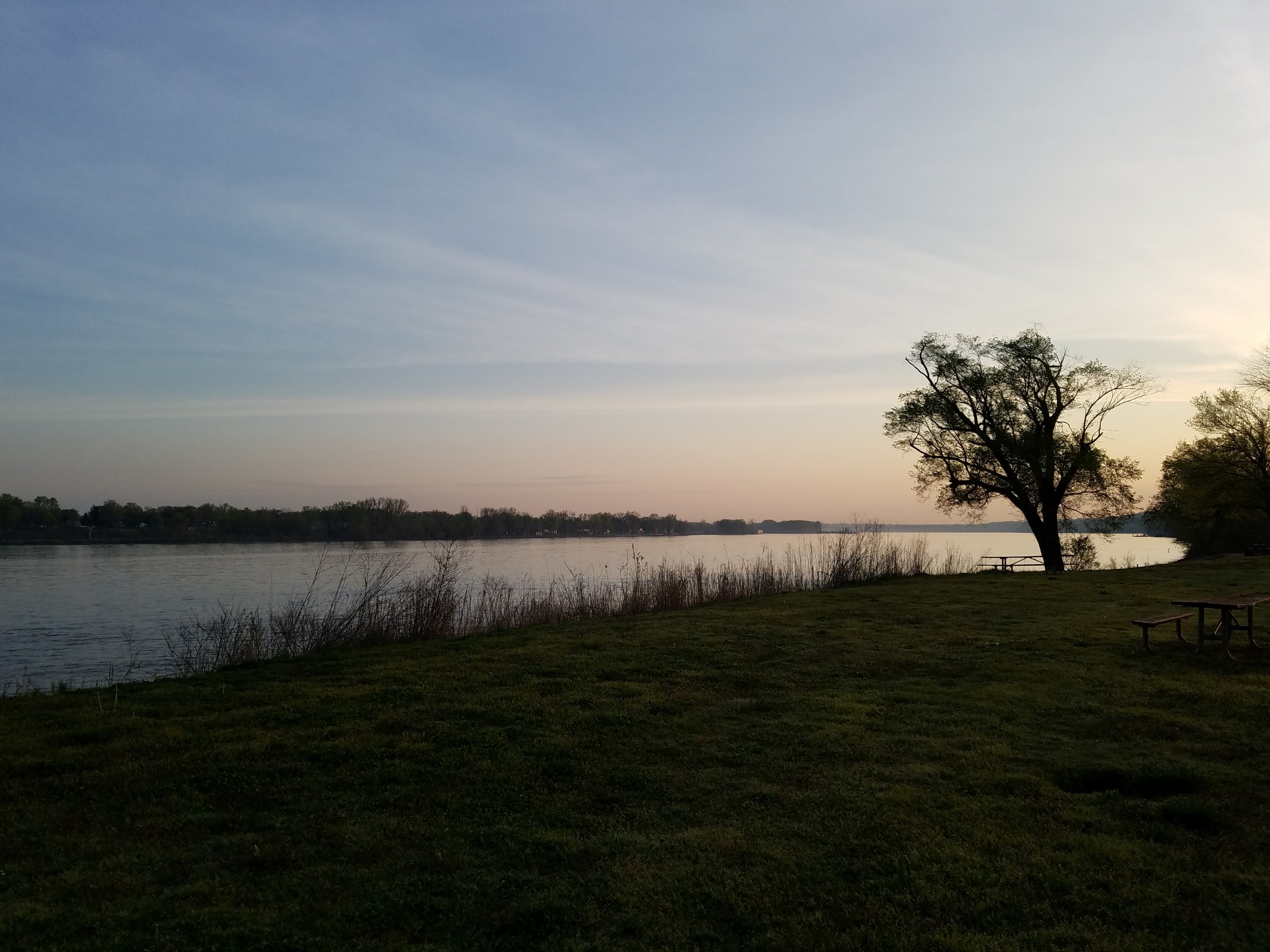 In the Autumn of my years

over Dog Hill I feel dizzy

by the turning earth. 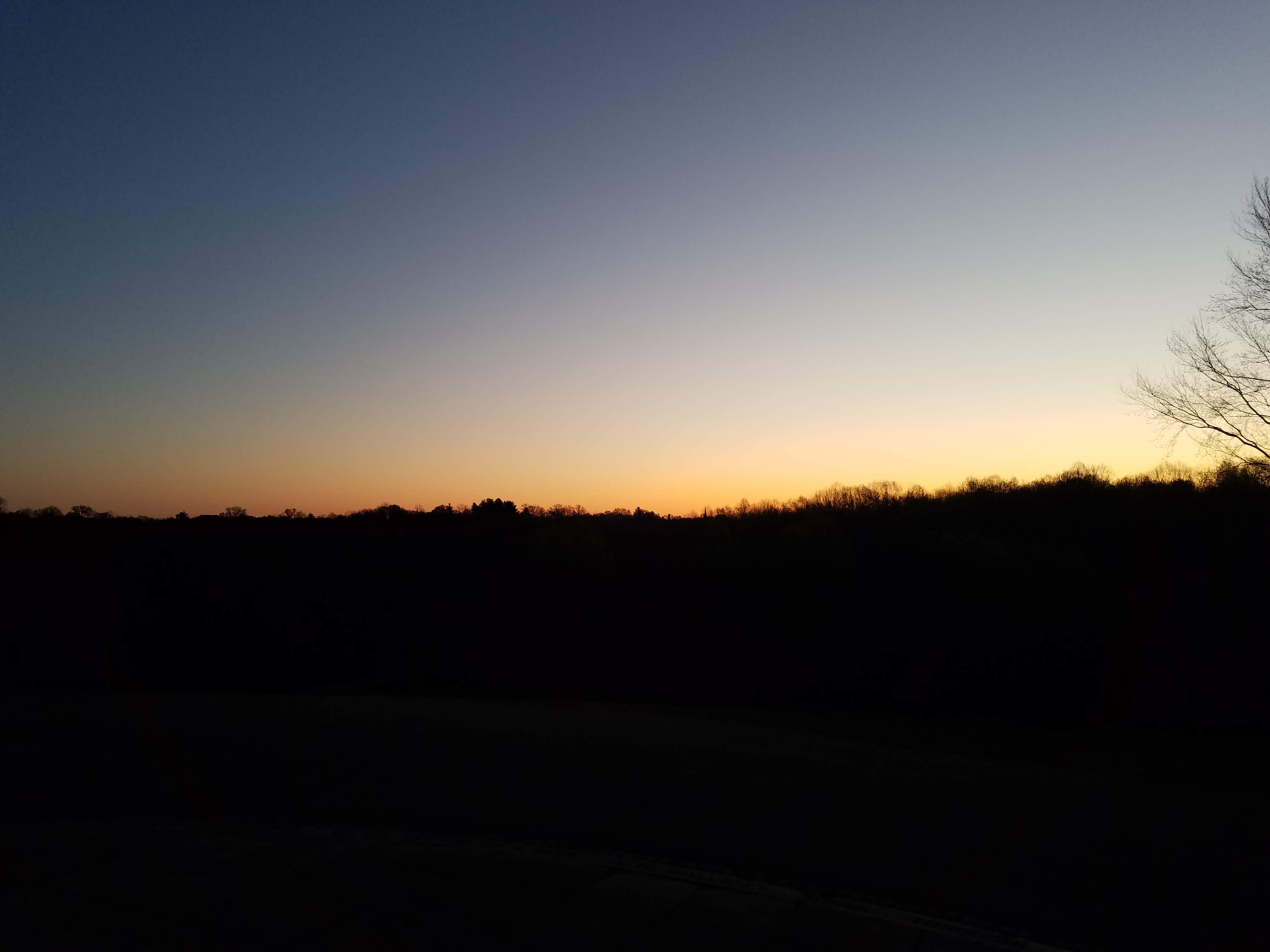 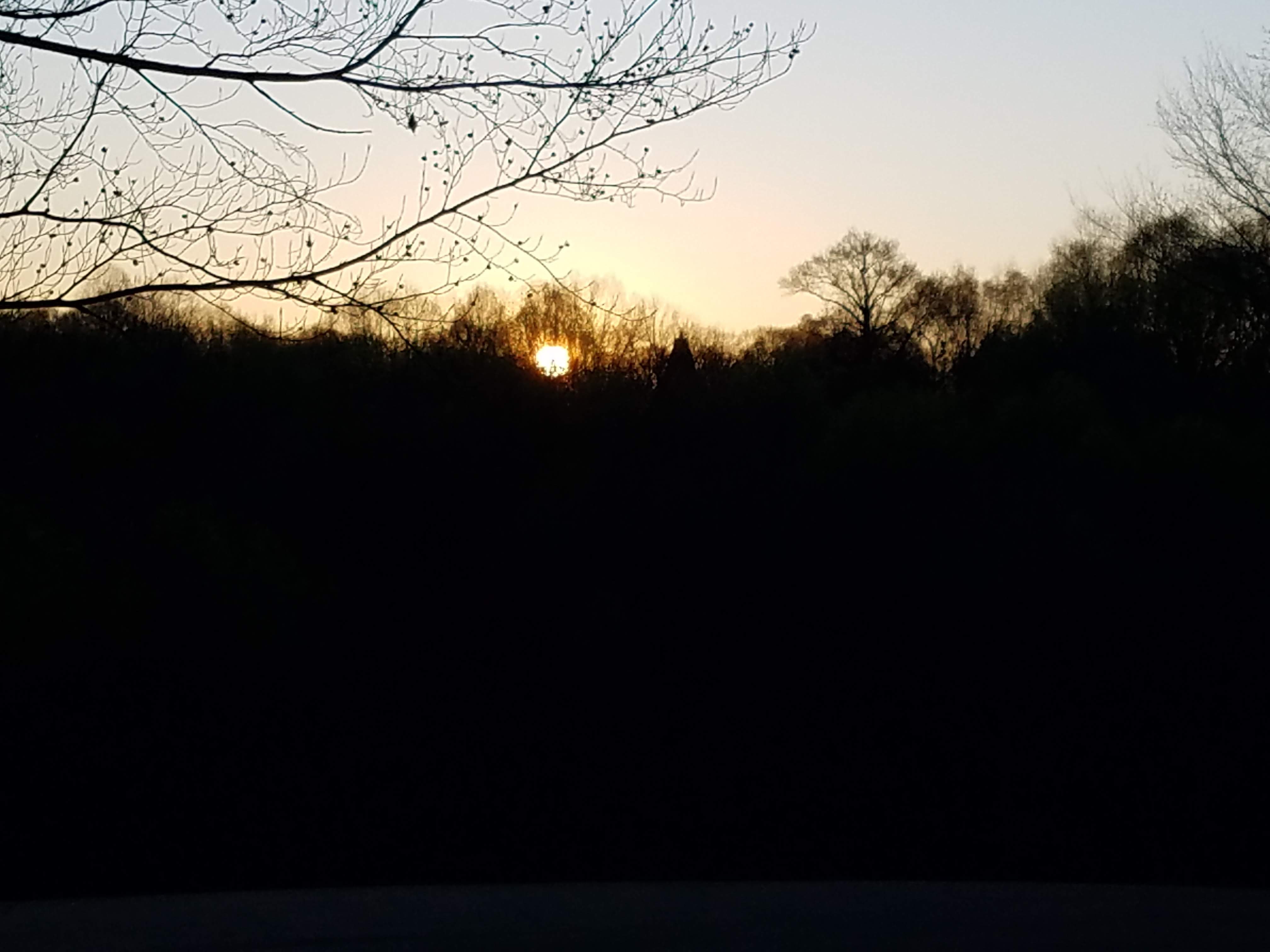 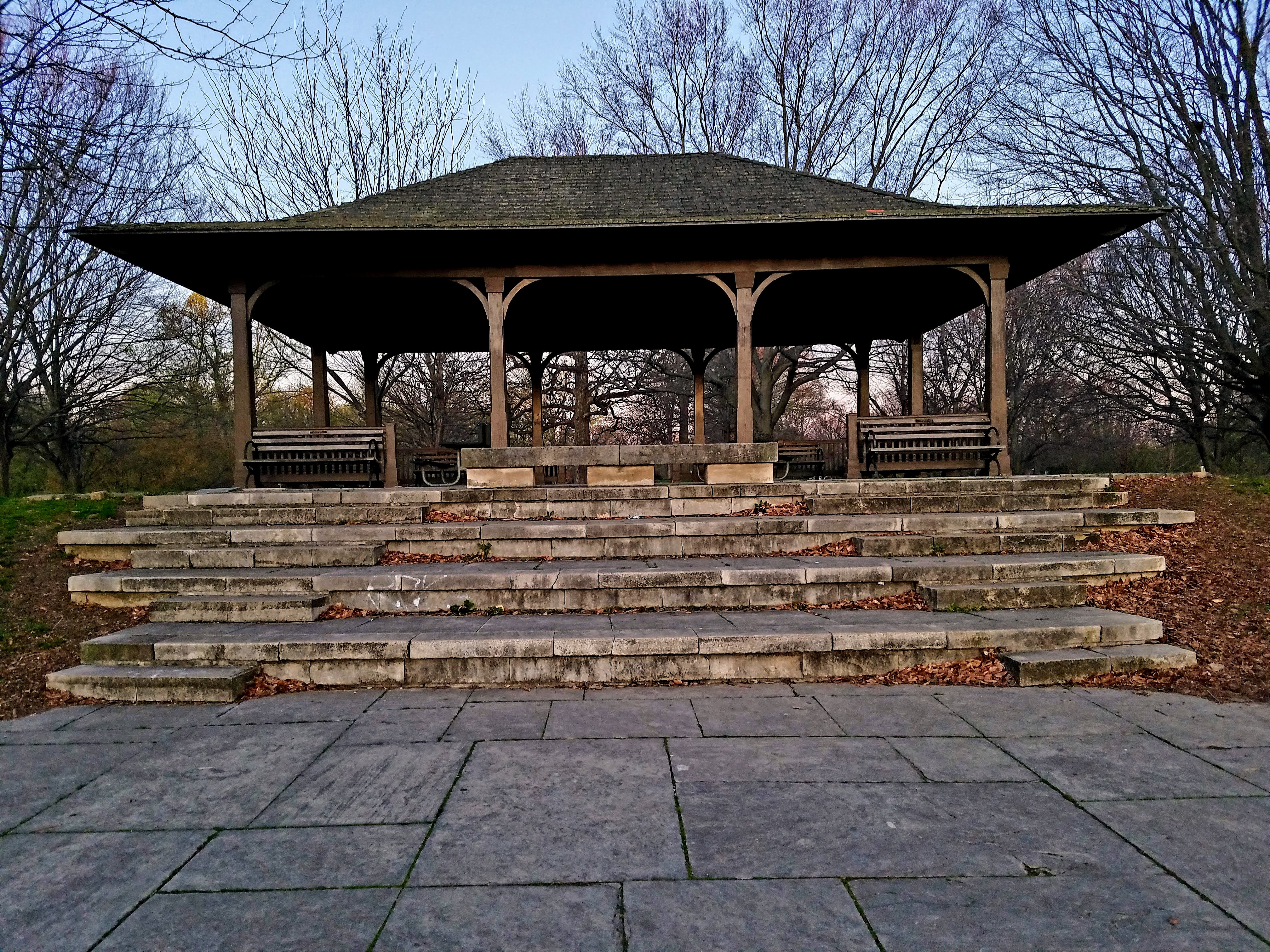 Temple Of the Golden Pavilion 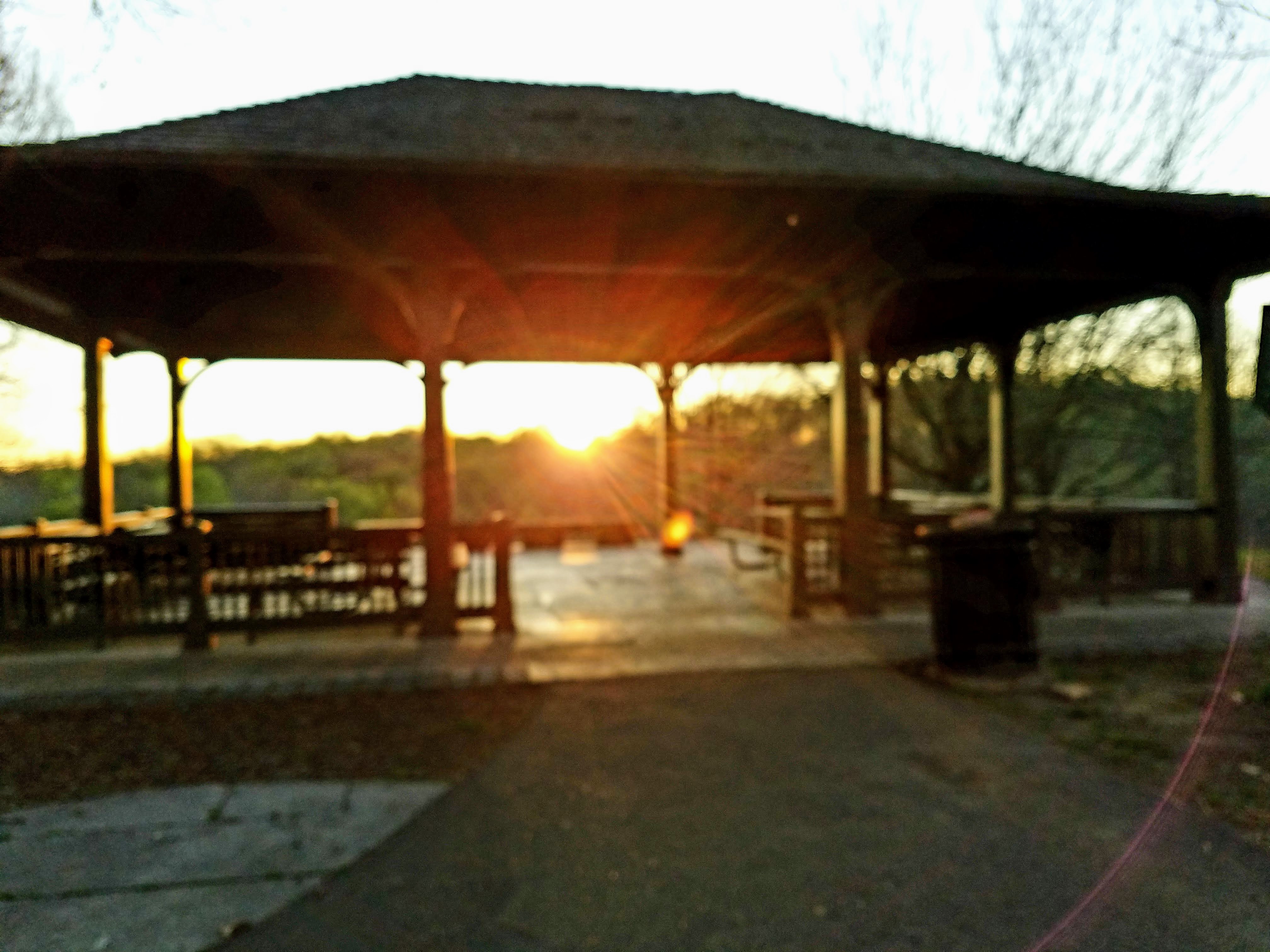 House of the Rising Sun

Doctor, Mother and Baby in Childbirth Case All Die

A childbirth case ended in a triple tragedy here yesterday. While attending 36-year-old Bessie Ford, Dr. Benjamin Franklin Woolery, age 64, of 815 Cecil Avenue, a general practitioner here for thirty-five years, was stricken by a heart attack and found slumped over the woman’s body at 2:30 pm at her home at 3130 New High St. She was under general anesthesia at the time. She died a few minutes after her ninth child was born dead.

The mother, Mrs. Bessie Ford, died at 8:10 pm at St. Joseph Infirmary, where she was taken after Dr. Woolery’s death.

Jess Ford, Bessie’s husband, was an employee of Armour Creameries here in Louisville. He said Dr. Woolery had been attending his wife since 1:00 pm. His wife was under the influence of anesthetic and knew nothing of the physician’s death until effects of the anesthesia wore off, he said. He and several neighbor women were in the room at the time.

“After the doctor died, I was running around so much I don’t know just what I did,” Ford said later at the hospital. He explained that he rushed to a nearby grocery store and telephoned in quick succession City police, General Hospital, St. Joseph Infirmary, and the Ambulance Service Company in an effort to obtain proper medical treatment for his wife.

Making the run to the Ford home in four minutes, ambulance driver William Rakestraw, formerly with the Police Emergency Squad, had Mrs. Ford at the hospital within less than an hour after the physician’s death.

A score of children, including some of the Ford family, crowded around the small frame cottage, and in the dusty dirt road near the doorway as police cars and the ambulance jolted up the drive way to the Ford home.

Dr. Woolery, a native of Bedford Indiana, was a graduate of the University of Louisville School of Medicine and worked as a medical examiner at the Goodyear Engineering Corporation, Charlestown, Indiana.

Mrs. Emma Woolery said her husband was called to the Ford home immediately after he had met his son at the station, Musician 2nd Class Ernest Woolery, 27, US Coast Guard, who was home on furlough.

He is also survived by two other sons, Private Orville Woolery, and Carrol C. Woolery; a sister, Mrs. Alice Forbe, of Mitchell, Indiana; a brother, Marshall Woolery of Bedford, Indiana, and six grandchildren.

In Other News of the Day

Bus driver kills wife and self in Richmond, Kentucky. He shot her then turned the gun on himself. She filed for divorce and was planning on moving out of the house today. Man, 70, robbed and burned in a cabin in Beattyville, Kentucky. Fire destroys hotel in Morehead. James Park, Republican nominee for the US Senate, warned of disunity is Roosevelt is reelected. Three negro women attack a City police officer in an incident at a local factory in Portland. Instigator fined.

News from Around the World

That is all. Goodnight and good luck!

Note: This is a true story based on an article from the Louisville Courier Journal published November 3, 1944. Dr. Benjamin Franklin Woolery was my Great Grandfather and namesake.

The Church of Our Merciful Saviour in Louisville, Kentucky was established in 1891. The church is located at 473 South 11th Street in Louisville’s near west end. This historic church was built in the Late Gothic Revival style and was placed on the National Register of Historic Places in 1983. 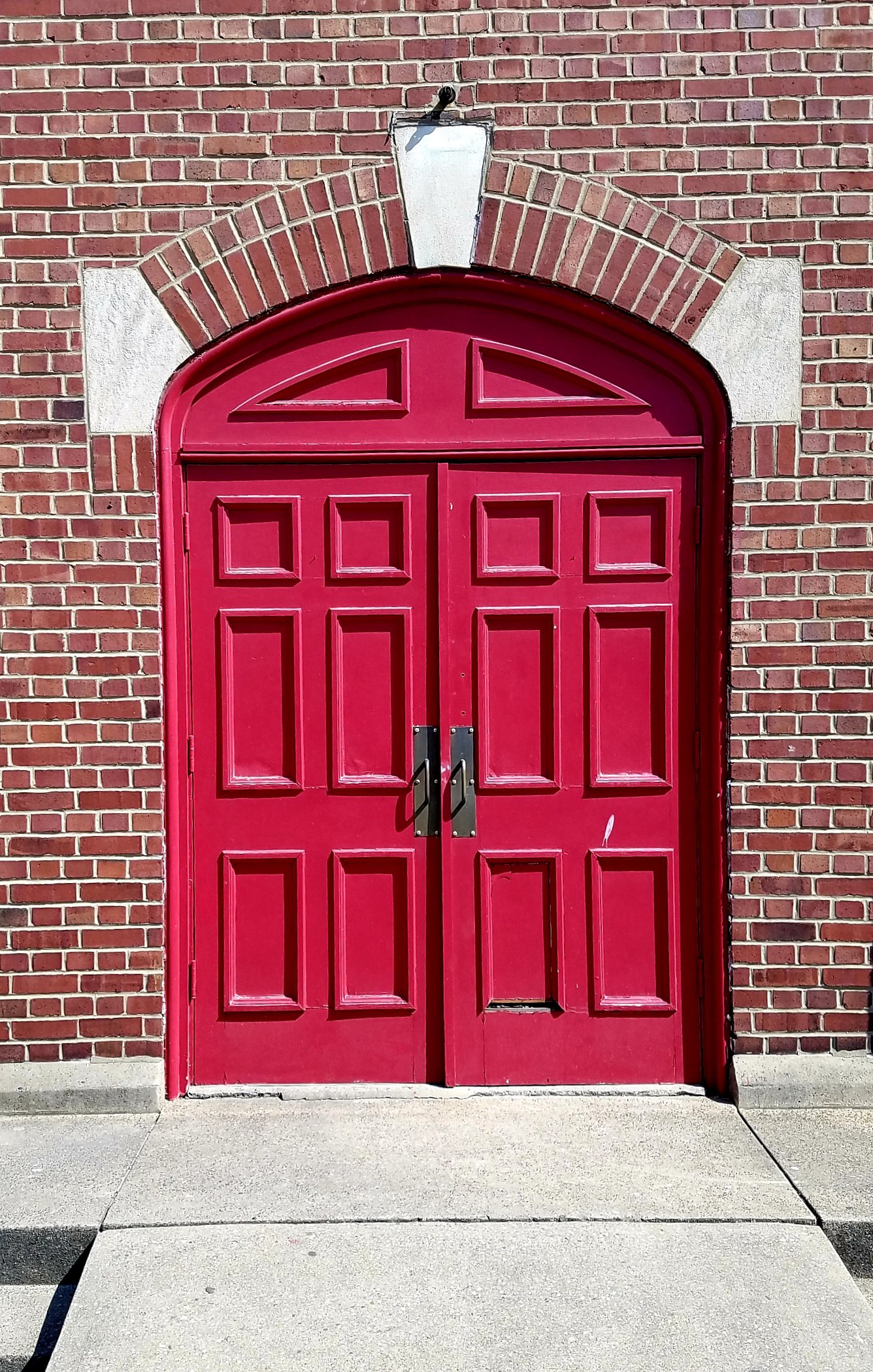 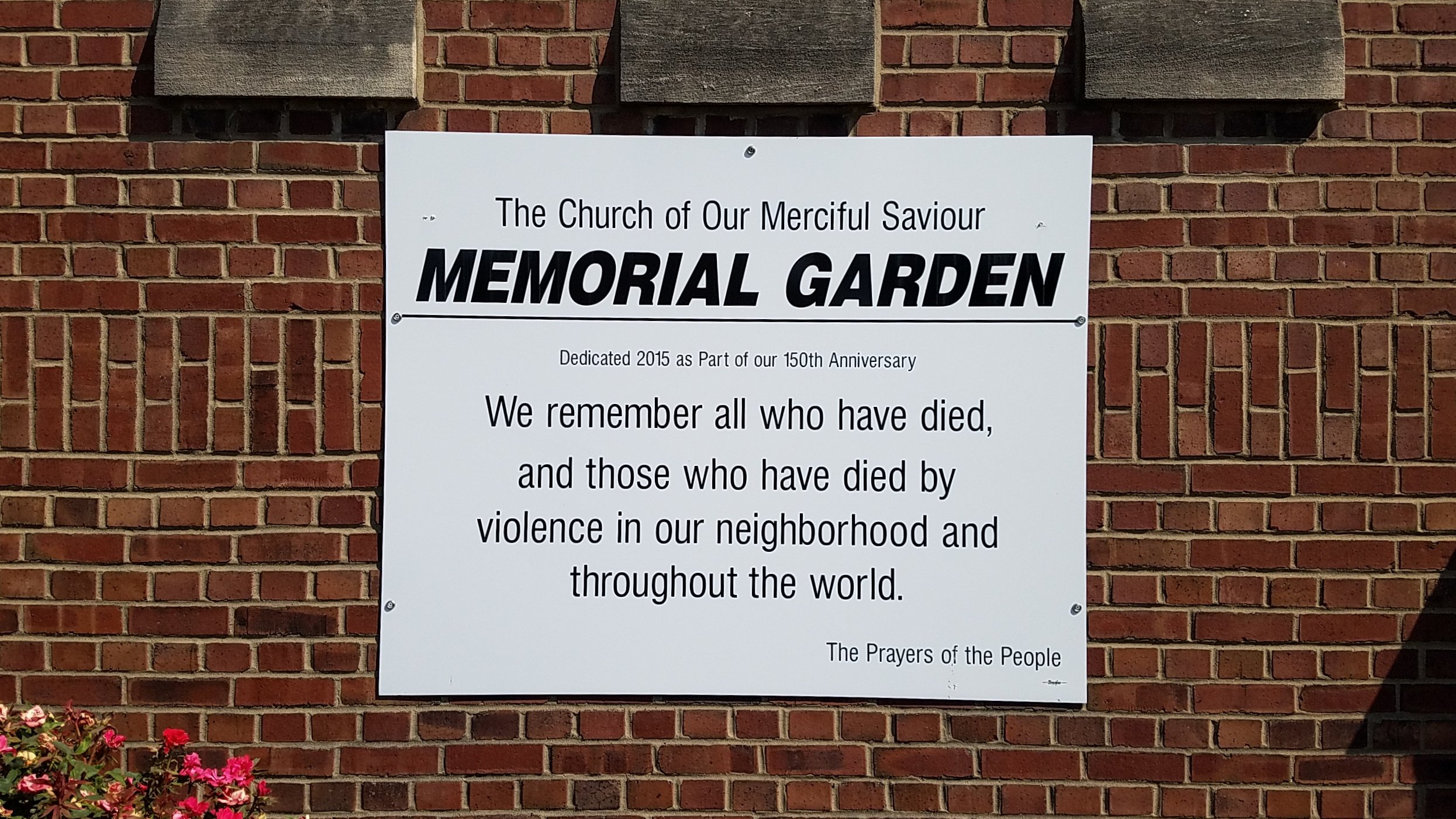 The Muhammad Ali center is a multicultural center with an award wining museum dedicated to the life and legacy of Muhammad Ali. It is located in the heart of beautiful downtown Louisville at 144 N. 6th Street. Ali was a boxing champ, a humanitarian, and a Louisville legend. He is widely regarded as one of the most important sports figures of the 20th century.

I recently visited the Muhammad Ali Center with a friend of mine who was visiting from Philly. While there I snapped a few pictures. Here is what I saw. 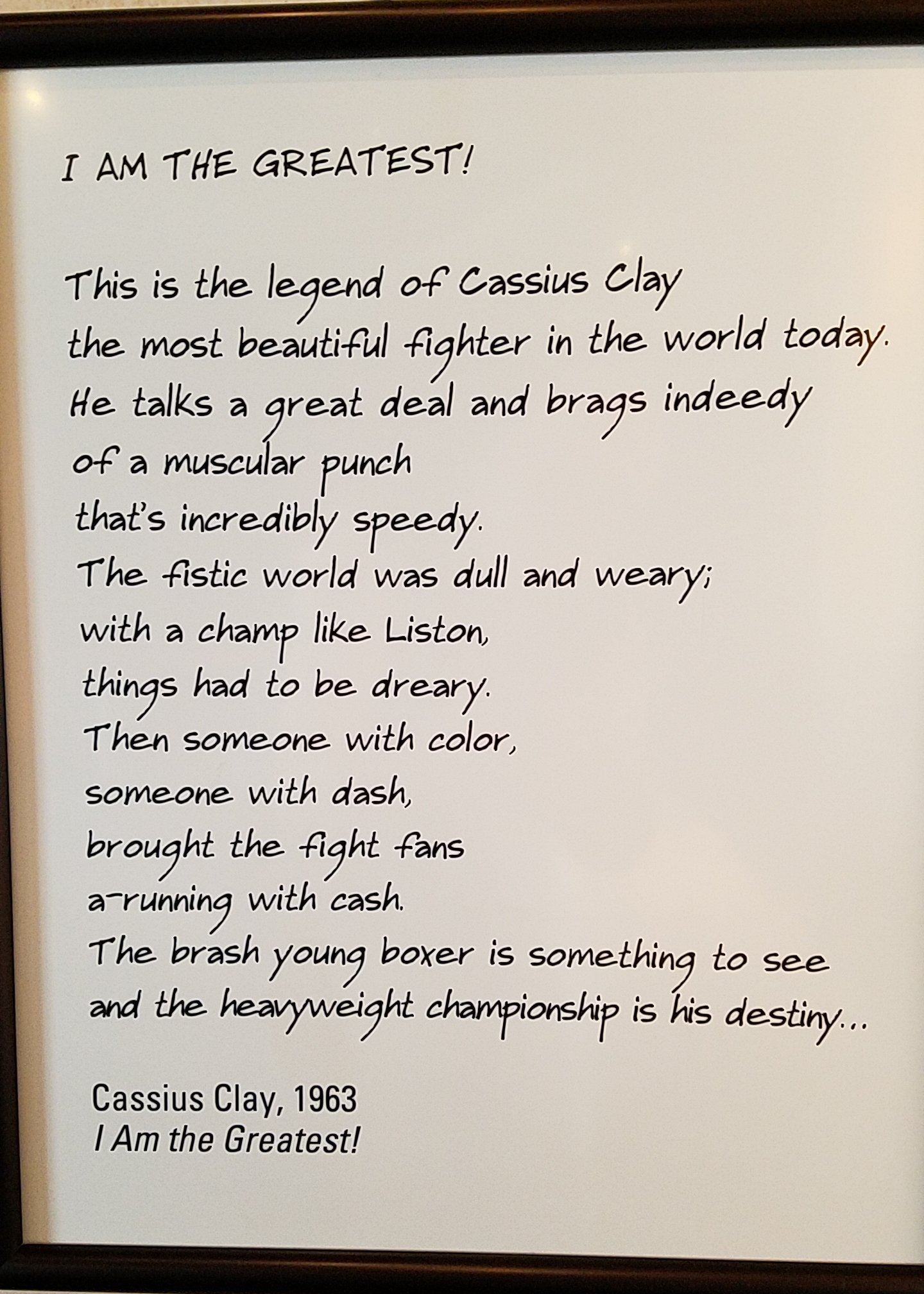 I am the Greatest!

Winter in the window  overlooking the Ohio River 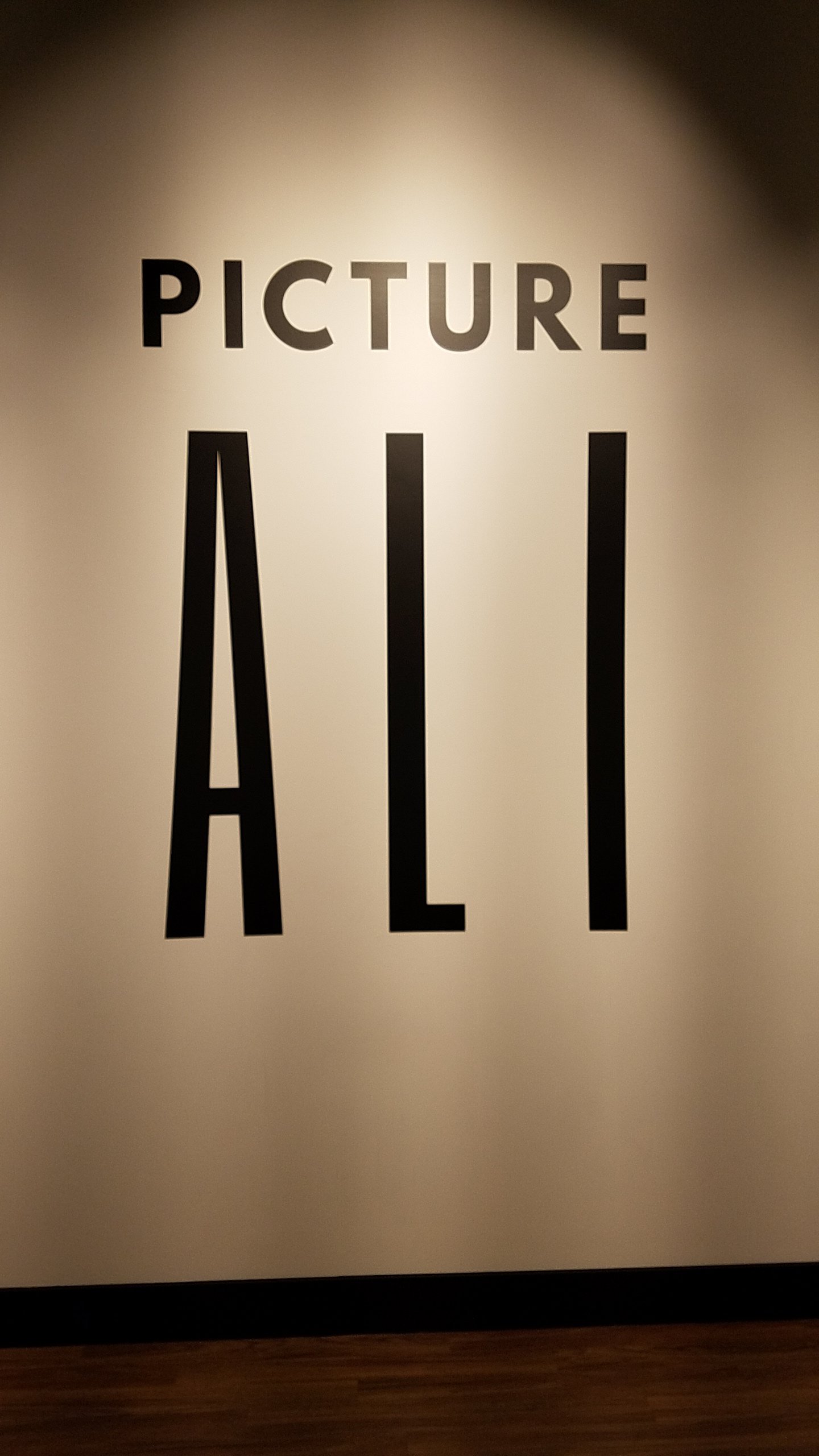 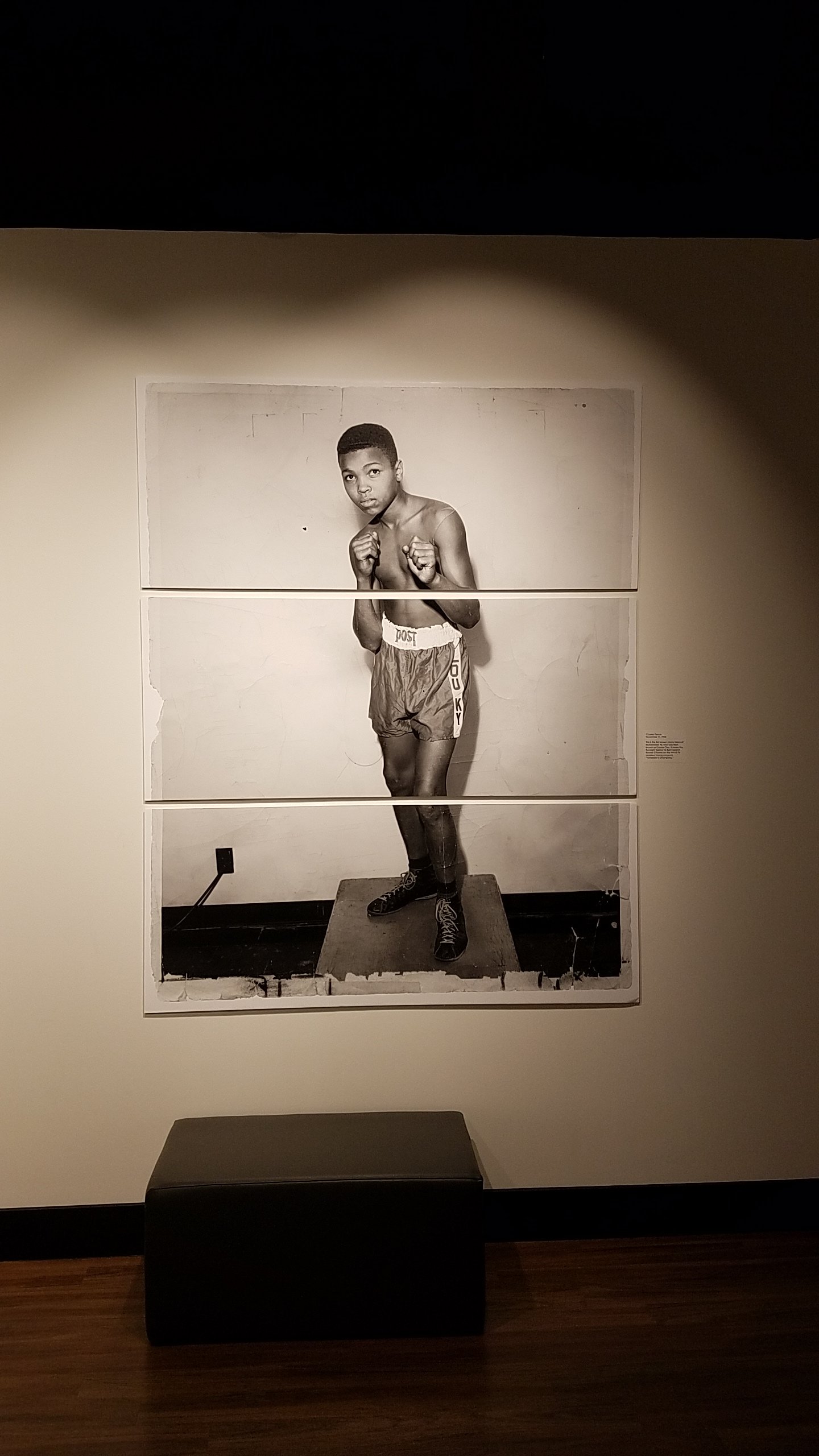 My young friend Victoria and I Ubered our way down there to drink with the grown-ups  and listened to the jazz. Nate Lopez and his Eight String were playing for our listening enjoyment and I must say they exceeded our expectations.

So when I ordered our drinks I asked the girl back of the bar would it be OK to teach Jimmy to Dance? She said no, I didn’t say Jimmy didn’t know how to dance, I said Jimmy can’t dance. There’s a difference. That got me to thinking, why can’t Jimmy dance? Maybe Jimmy got no legs. Maybe Jimmy dead. Maybe Jimmy just don’t exist. That’s what I said. But one thing’s for sure. Jimmy can’t dance. But he sure plays a mean eight sting guitar!