When I entered the black hole
I was struck by the naked singularity
And the music of the night.

Jupiter was ascending
And Scorpio was rising
The jukebox as blaring
And the sirens were screaming.

The neon wilderness showed me the way
To the star studded brilliance of the Milky Way
I lost all consciousness as the drugs took hold
Somewhere in the depths of the hold.

When I regained my strength from my long winter’s nap
I dug deep into my jeans for a few copper pennies
To be sure I had the means to pay for my midnight sin
I strolled through the door to the daylight again
And once again became human once more. 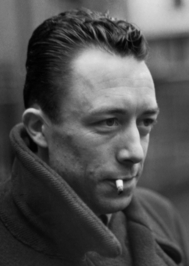 There are only two valid philosophical questions: One, whether, in the face of the absurdity of life, to commit suicide or not and the other, if we choose to live, how do we overcome ennui?

Compared to the kind that lies ahead of me, the boredom inhabiting me now seems so gratifyingly intolerable that I dread consuming its terrors. 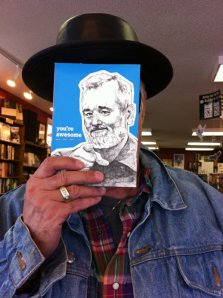 I am reading a book by E. M. Cioran entitled, All Gall is Divided. It is a book of aphorisms. I did not know how much I really loved aphorisms until I stared reading this book. I mean I have always liked them but now I see them for the art form they really are.

Aphorisms pack a lot of punch in a small packet of words. They are perfect for Facebook status updates and twitter tweets.

Now, unmuzzle thy wisdom dear aphorism and give us an example. Don’t mind if I do: Dislocated monads, here we are at the end of our prudent mopes, our well planned anomalies: more than one sign heralds the hegemony of delirium.

I am not altogether happy with my voting experience in Kentucky. I live in a blue city in a red state for starters. The living is not too bad but the politics sucks. Kentuckians hate Obama and they love coal. Big money talks and bullshit walks. In this case in the form of Mitch McConnell. Obama is now seeming willing to sip some Kentucky bourbon with Mitch when a few months ago he scoffed at the idea (…”you have a drink with Mitch McConnell).

My voting experience was at a Presbyterian church which is a clear violation of the separation of the church and state doctrine it seems to me and none to welcoming to non-Christians and atheists. And there were signs all around announcing ID required to vote which is discouraging to minorities and young people and is tantamount to a poll tax which is unconstitutional.

Needless to say I was disappointed by the results of the election,  but as the president said, the voters have spoken and he hears them loud and clear. But did they really? With low voter turn out the electorate was not truly represented and therefore the results were skewed.

For those who did vote for the life of me I cannot fathom why men and women would vote against their own interests. As Bill Mahr said those who didn’t vote were dumb and those who voted for the GOP were dumber. So it was a clear cut case of dumb and dumber.

These are impressive stats. There can only be one reason the results of the election turned out the way that they did and that’s because of the hatred of Obama.

The fundamental rate of inequality continues to grow in America and throughout the world. According to John Stuart Mill, there are six things that constitute injustice: 1) depriving people of things that they have a legal right to, 2) depriving them of things which they have a moral right, 3) people not obtaining what they deserve, 4) breaking faith with people, 5) being partial, and 6) treating people unequally. It is this last we are primarily concerned with as equal liberty is the first principle

Social and economic inequalities are justified only if they result in compensatory benefits for everyone, particularly those who are most disadvantaged.

Inequality of wealth accompanying inequality of power tends to produce inequality of liberty. The fundamental rate of inequality is a problem currently facing America and the rest of the globe. Even though the economy is recovering and growing stronger, large numbers of people are being left behind. Hiring is going on everywhere but it is primarily in entry level service type jobs paying minimum wage, which everyone knows is not a living wage.