The God of Small Things is a novel written by Indian activist and writer Arundhati Roy. She has been on my radar for many years now, ever since I started watching her on panel shows on TV. I was impressed by her brilliance as a speaker and thinker on issues that I care deeply about such as inequality, social justice, and the environment. And I have always been fascinated by the Indian subcontinent.

When I learned she had written a novel I went out and purchased it right away. Sad to say it sat on my bookshelves for a few years before I got around to reading it. I am one of those “too many books, too little time” people.

What prompted me to go ahead and read the novel was the fact that 17 yeas after the publication of The God of Small Things, Arundhati Roy wrote and published another novel, her second, The Ministry of Utmost Happiness.  I was very excited abut this and went out and purchased it also. I am now in the middle of that wonderful book. But, I get ahead of myself.

In the intervening 17 years between novels Miss Roy has written several other books. Works of nonfiction that reflect her other intellectual pursuits and human rights activism. These books include: Capitalism, A Ghost Story; Walking With the Comrades; Kashmir, The Case for Freedom; and Listening to the Grass Hoppers: Field Notes on Democracy.  She was awarded the Man Booker Prize in 1997 for Literature.

The God of Small Things is by far the best book I have read all year and I have only praise for it. Miss Roy is a master stylist and her prose reads like poetry. Her book is full of vivid imagery, symbolism, and metaphors. It is constructed like a sublime piece of architecture with each piece fitting into place like a jig saw puzzle.

The book is a bit of a challenge to read as it does not flow in a straight linear progression. Rather, it jumps around in time in flash backs and flash forwards. But stick with it, it is well worth the ride.

The novel is a story of an Indian family writ large on a grand scale. Some have compared Roy to Faulkner, but I think she comes closer to Gabriel Garcia Marqeuz. There is forbidden love, family drama, political unrest, and magical realism.

Estha and Rahel are seven year old fraternal twins, boy and girl, growing up in a small southern Indian town. They live with their mother Ammu and the rest of their extended family. Their uncle Chacko runs the family pickle factory. One fateful day their cousin Sophie Mol from England is invited to spend the Christmas holidays with them. Tragedy ensues and Sophie Mol is drowned in a boating accident.

In telling the story, Roy incorporates other larger issues taking place in India at the time, such as issues of cast, class, and political unrest.

There are many memorable passages in the novel, but this one in particular stands out:

This was said to seven year old Rahel when she apparently said something carelessly which hurt her mother, which is something seven-year olds sometimes do. When Ammu said this to Rahel, “…a cold moth with unusually dense dorsal tufts landed lightly on Rahel’s heart. Where its icy legs touched her, she got goose bumps on her careless heart. A little less her Ammu loved her.” This passage haunted me for the rest of the novel and it haunts me still.

This is a novel of life, love, fear, death, pain, and loss. It is wonderfully written and I highly recommend. 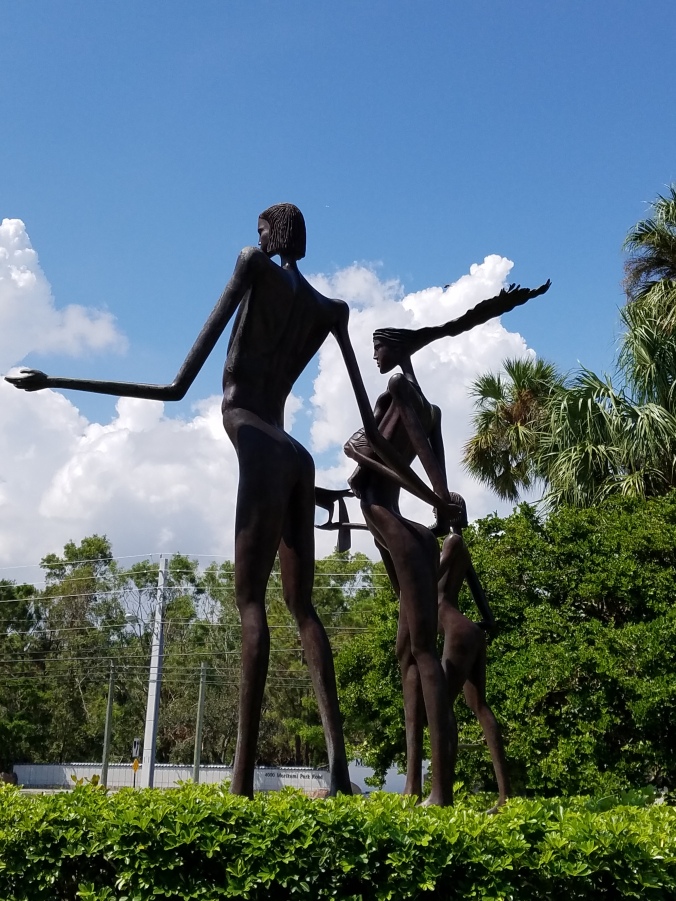 The sculpture, “Journey to the New,” represents the journey of Russian and Ethiopian Jews from their homelands to Israel. 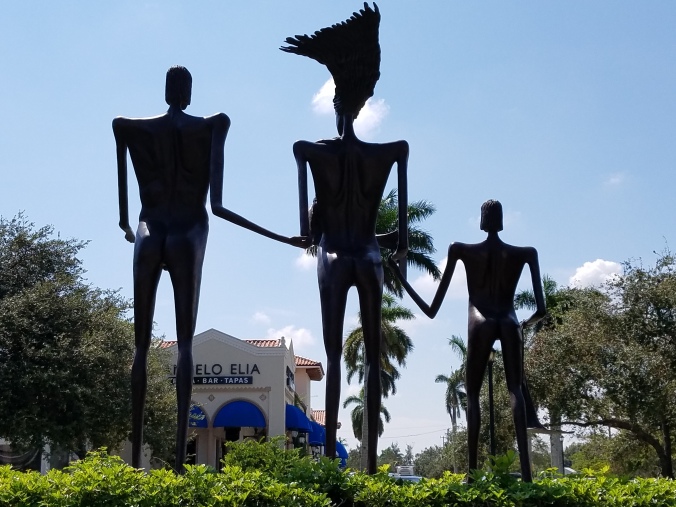 This artwork is currently located at Addison Shopping Plaza in Delray Beach, Florida. Previously it had been on display at Palm Beach International Airport and at the Kravis Center for the Performing Arts in West Palm Beach. 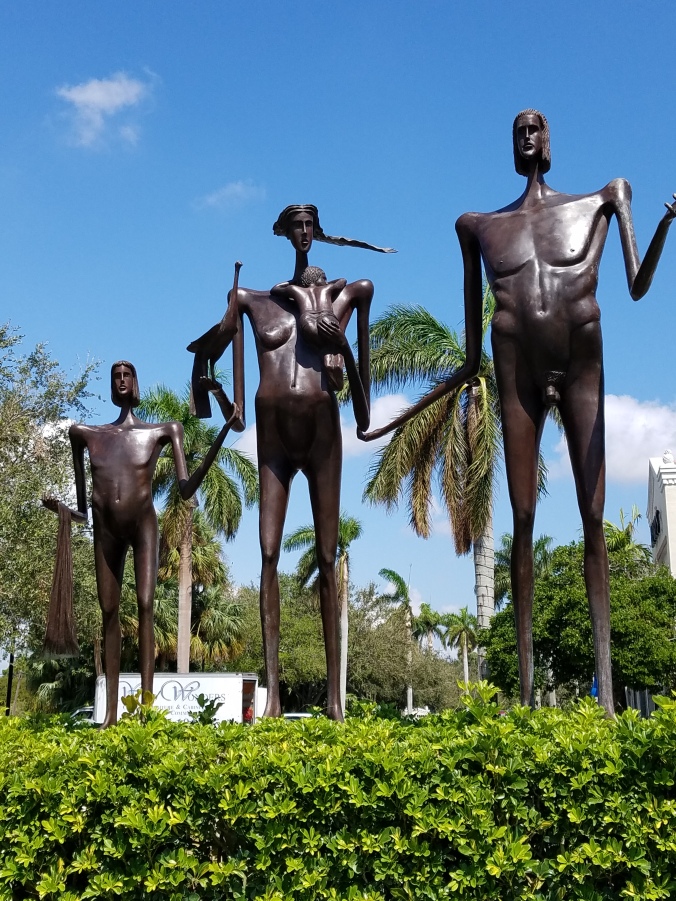 At its current location this sculpture has garnered some controversy because of the nudity it portrays. Parents from the nearby Morikami Elementary School have complained.

The artwork, however, is natural and quite beautiful.