First there was Chaos, the vast immeasurable abyss, outrageous as a sea, dark, wasteful, wild. 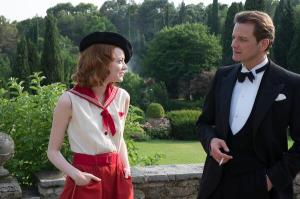 Magic in the Moon Light (2014) written and directed by Woody Allen is a delightful summer confectionary, light as cotton candy and just as sweet. Colon Firth is excellent as the magician Wei Lin Soo who was brought in to debunk the Emma Stone’s character, Sophie, of fraud. Romance ensues as Firth becomes enchanted with Sophie. Much has been said about the age difference between Colin Firth and Emma Stone, but what the hell? They were antagonists throughout most of the film. Both were engaged to other people. Finally, at the end they got together. So what if there was an age gap? This is not so unusual in Hollywood. One need to look no further than Bogart and Bacall.
The film was beautifully photographed by Iranian cinematographer, Darius Khondji in glorious Color by Deluxe on 35 mm film stock in 2.35:1 ratio. Taking place in the south of France in the 1920’s, Woody out Gatsby’s Gatsby. Wonderful sound track, as usual, it was a pleasure to hear as well as to see.

Great countries are those that can endure history’s convulsions without abandoning their  efforts to solve their problems at home.

Until you have done something for humanity you should be ashamed to die.

One Hundred Years of Solitude, by Gabriel Garcia Marquez is unlike any novel I have ever read. This is the third novel I have read by this author. From the very first line one is enchanted by the magical realism the writer imposes on the material. It is said that Garcia Marquez found his voice as a result of being raised by his grandmother in Aracataca, a small village in Colombia. This village is the basis for the mythical town of Macondo from the novel. His grandmother would tell him tell him the most fantastic stories in the most off hand way as if they were true. He adopted this style while telling the tale of the Buendia family. Marquez was also greatly influenced by Franz Kafka’s Metamorphosis. Traces of surrealism can be found throughout the novel.

One Hundred Years of Solitude is not an easy novel to read. It is about the Buendia family dynasty that began with the founding of the small mythical town of Macondo. Marquez chronicles the rise and fall of the town and the family over a one hundred year period. Some of the characters actually live to be over 100 years old. What is so confusing is that each character’s name is a variation of the family name Buendia: Jose Arcadio Buendia, Aureliano Buendia, Jose Arcadio, Aurliano Jose, Ursula, Remedios, and Amaranta. Well, you get the idea. These names repeat over six generations. You really couldn’t keep them straight. My approach to reading the novel was not to even try keep all the characters and events straight in my mind as I was reading, but rather to let the words wash over me and by the end a tapestry was woven from them wherein I could make sense of the whole. The idea, I think was to represent the repetition and the cyclic nature of life. In fact the whole novel could be described as a metaphor for human society and a running commentary on human nature.

The novel is biblical in nature and scope. It mimics many characters and events from the Bible such as Adam and Eve in the Garden of Eden, Moses in the bulrushes, and the great flood. One character even ascends to heaven.

The famous opening line of the novel is a good example of the style of the entire novel: “Many years later, as he faced the firing squad, Colonel Aurliano Buendia was to remember that distant afternoon when his father took him to discover ice.” This story is not revisited again until much later in the novel and in fact is two stories; one where Aurliano Buendia discovers ice and the other where he faces the firing squad. The novel careens back and forth between past, present, and future at will and with great ease, interweaving personal narratives of the characters and the epic sweep of the history of the town and the country. This includes a civil war between the liberals and conservatives, a banana company (United Fruit) exploiting the town, and a labor war resulting in the massacre of 3,000 workers.

I wondered as I was reading the novel just what Marquez meant by the one hundred years was and what did the solitude represent? By the time I got to end I knew. As previously mentioned some of the characters actually lived 100 years. The sweep of history regarding the town and its inhabitants was roughly 100 years. Throughout the novel Marquez make numerous references to the solitude of the characters, from each other and from society at large. And, as John Leonard said in his 1970 review: “Solitude is one’s admission of one’s own mortality and one’s discovery that the terrible apprehension is itself mortal, dies with you, and must be rediscovered and forgotten again endlessly.” I am also reminded of Hamlet’s famous soliloquy: “The undiscovered country from whose bourn no traveler returns.”

I highly recommend this acclaimed novel written in 1967. In my opinion it is one of the best written in the 20th century and one that put Marquez firmly on the road to winning the Nobel Prize for literature in 1982. 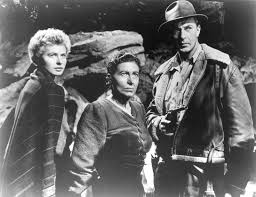 The title “For Whom The Bell Tolls” is taken from a poem written by John Donne wherein he makes the claim that because of our common humanity, every death necessarily diminishes each of us, therefore, ask not for whom the bell tolls, it tolls for thee. This is a book about death and dying set against the backdrop of the Spanish Civil War.

Hemingway’s novels and stories present a certain kind of hero: “The Code Hero.” This individual lives by his own code and struggles gracefully and bravely against death and annihilation. Another consistent theme found in Hemingway is courage under fire or dire circumstances, whether it is in the bull ring, behind enemy lines, or hunting man-eaters in the green hills of Africa. Cowardice is particularly loathed.

The novel begins in 1937 at the height of the Spanish Civil War and takes place over a four day period.  The chief protagonist is an American named Robert Jordon who has been tasked to blow up a bridge behind enemy lines in the Spanish mountains. He is aided in this task by a band of guerrillas headed by Pablo and the woman of Pablo, Pilar. We also meet the beautiful Maria. A young Spanish girl whose parents were murdered by Fascists soldiers who then raped and abused Maria. Some say that Maria represents Spain and her gang rape represent the despoilage of Spain by the Fascists.

Robert and Maria fall in love at first sight. This is another recurring theme to be found in Hemingway, that humans can find salvation through romantic love. The couple makes love together in Jordon’s sleeping bag on the ground outside the mouth of the cave where they are all hiding.  He asks Maria “Did the earth move for thee?” This is the earliest I have seen this terminology in print and is now considered a cliché, but it may be that Hemingway coined this usage.

Hemingway’s use of language was controversial in this novel. Many Spanish words and phrases were translated literally word for word which gave a sense of the Spanish but sounds archaic and stilted to our English hearing ears. For example, the Spanish characters in the novel referred to each other as thee and thou. The traditional second person singular in English is “thou/thee/thy”. The most exact way of translating “tu” from Spanish is “thou” or “thee”. This was a bold experiment. Once the convention was understood and accepted one got used to and even grew to like it.

During the course of the novel many flashbacks and digressions take place as various characters tell their stories and reminiscence about the past. We learn, for example, that Jordon’s Grandfather was a Civil War hero in the America’s war of rebellion. We also learned that his father was a coward and that he shot himself to death with a pistol. It is indeed ironic that Hemingway’s own father committed suicide and that Hemingway took his own life with a shot gun many years later.

Death is the primary focus of the novel with much discussion amongst the characters about what it is like to kill another human being, was it the right thing to do and what would it be like to die.  In the end, Jordon is fatally wounded after successfully completing his mission and trying to escape. He waits by the roadside while the others get away, hoping to kill as many of the enemy soldiers as he can before he dies.

It took me a long time to get around to reading this book. I have been carrying it around with me since 1971. I finally read it in 2011. Forty years. It was well worth the wait. While each man’s death may diminish me to some extent, this novel has made me whole.

According to Jane Hirshfield, in the “Art of Haiku,” a Haiku is a poem composed of 17 syllables or sound bites containing vivid imagery. The traditional Haiku poem should evoke a particular season, although western Haiku writers don’t always follow this proscription.

The original meaning of the Japanese word Haiku, according to Hirshfield, is “Playful verse.” The celebrated Japanese poet, Basho, raised Haiku to new levels of significance by adding a spiritual and emotional dimension.

Basho wasn’t too strict about the form. He advised that you can have an extra syllable or two as long as the poem sounded right. If the sound was off, then a re-write was in order. He also said it was important to see the world with new eyes and to write down the present moment.

The monk stumbles from
The Black Mountain Demon’s Cave
To find the world one bright pearl.

The sound of the dragon
Singing in the withered tree
Comes to my ear.

The empty boat returns
From its long Journey abroad
Full of moonlight.

A lightening flash
on a darkened dash
a drop of dew on a blade of grass. 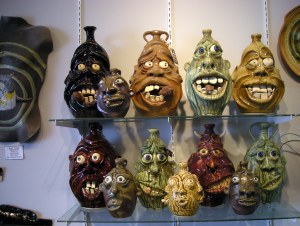 The starving masks dance lightly in the breeze
autumn will come soon
time flies like arrows.

The First Turning of the Wheel of Dharma