Lot’s of serious guitar playing going on at last nigh (3/19) at the Jimi Hendrix tribute tour at the Louisville Palace, in the heart of beautiful downtown Louisville, Kentucky just blocks away from Positively Fourth Street.

All the old familiar tunes like Hey Joe, All Along the Watch Tower, and Purple Haze were on display for an adoring audience. Some of the biggest names in Show Biz were there to cut some mean licks and shake up the bricks. 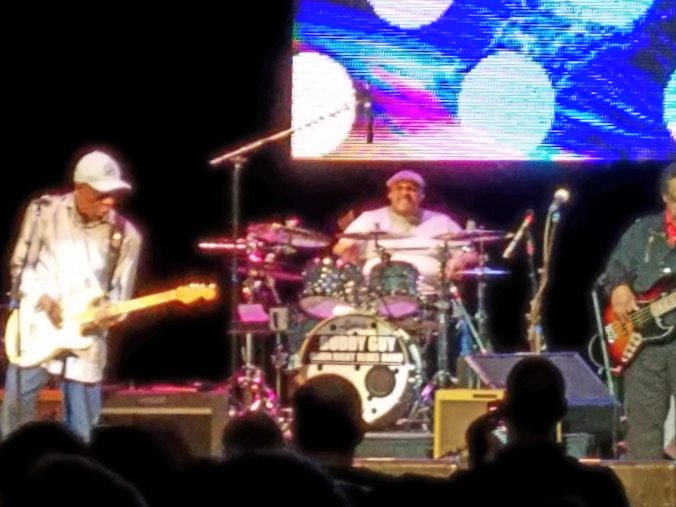 80 year old, down by law, Buddy Guy was there. He was a major influence on Hendrix as well as Eric Clapton and Stevie Ray Vaughn. Buddy Guy is a six time Grammy winner and is ranked #23 best guitar player of all time by Rolling Stone. 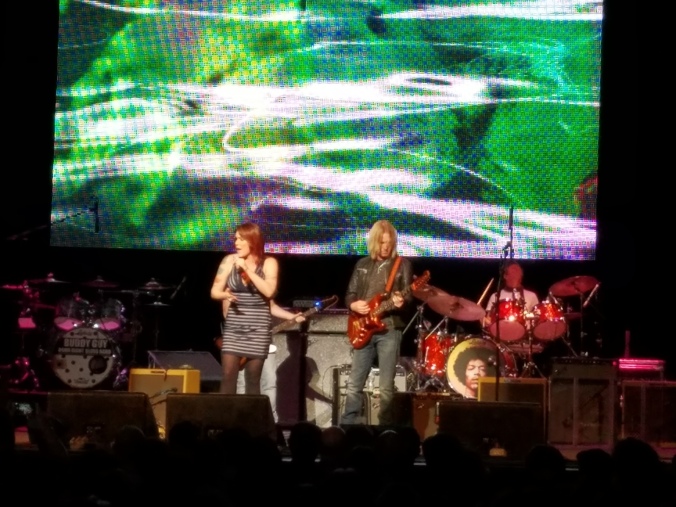 Beth Hart was the whole reason I went to this concert. She has already stolen my heart and damned if she didn’t steal the show. Blues Magazine once dubbed Beth Hart as the Ultimate Female Rock Star. But to me she is the best blues singer this side of Blue Heaven.

Of all the things I have ever done in my life I don’t think there has ever been anything quite so exciting as attending a live musical concert.

Excuse me while I kiss the sky….