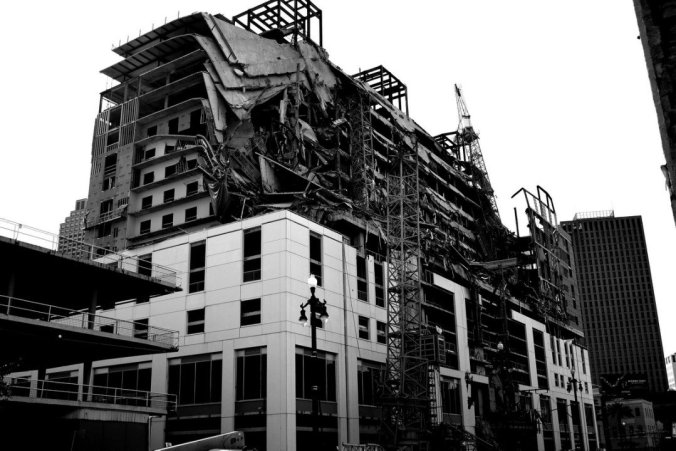 On a recent trip to New Orleans I came upon this scene.

This is a shot of the Hard Rock Hotel building which collapsed while under construction in New Orleans on October 12, 2019. Three dead and dozens injured. We stayed just two blocks away but the streets were blocked off for three blocks north and south which required a walk around making a five block walk to Bourbon Street an eight block walk.

Canal Street, a major thoroughfare in New Orleans, was blocked off creating a transportation nightmare. The streetcars were not running for fear of vibrating loose the already unstable building. Authorities sill haven’t recovered the bodies of the dead.