Thirteen homeless individuals had taken up living in Camp Hope. This camp was cleared out Monday as part of Greg Mayor Fisher’s new revitalization program. The team is comprised of 67 business and community leaders. Their main topics pf concern are litter, safety, graffiti, and homelessness.

The hotel and tourist industry has been in freefall since the pandemic struck. About two thirds of the city’s 65,000 hospitality workers are out of a job, much of which was concentrated in downtown Louisville.

The city has committed to increasing police presence and adding $1,000,000 to the effort to dealing with homelessness.

From the Desk of the Editor

Cancel Culture. Is it a thing or is it not a thing? Or is it market forces just working things out? Or is it just the next level of political correctness working itself in? I guess if you are the person who gets cancelled it is a thing. Especially those high-end individuals who get their show canceled or lose their cushy job. But what about the rest of us poor slobs working somewhat lower in the social hierarchy? To us, every day is Cancel Culture. We stand to get fired every day our existence. Say something wrong, do something wrong, boom! You are in line at the unemployment office. I used to have a boss who was fond of saying you are only as good as your last time at bat and one aw shit cancelled out ten atta boys!  One morning at a production meeting after a pretty miserable night’s performance on the factory floor he went around the room and singled out everybody one by one and threatened them with their jobs. When got to me he paused a minute, I had just been transferred and hadn’t been there long enough to fuck anything up. But in the spirit of not leaving anybody out he said to me, “…and I ‘ll send your ass back to Houston!”

Well, I worked there another 12 years and got a couple of promotions, so I didn’t get canceled. But I saw plenty of others get cancelled. And for them it was real.

Now, I am of the opinion that if you are a high-profile entertainer or a TV personality and you said some shit 20 years ago that you regret saying, you probably should not get canceled. There has to be some room for personal growth, redemption, and forgiveness. If you are a high-ranking editor at New York Times and you publish an opinion piece by a US Senator that is unpopular that should not be grounds for dismissal. There is nothing more sacred than free speech. If we lose that then what are we? Mice or men?

When you lose your job that is like corporate capital punishment. You have to be able to make living. If you mess up bad on the job, or do some questionable shit, yes, you should be held accountable. But it should not be permanent exile. Unless that shit’s real bad, in that case, it’s off to Siberia with you! And if you are Bill Cosby or Harvey Weinstein, then it’s the slammer!

Let’s use a little common sense and not go too far out into the field of political correctness lest we get bogged down in the Cancel Culture.

No Justice No Peace

Black Lives Matter. All lives matter is frequently clapped back. All lives most certainly do matter. Emphatically, unquestionably, indubitably. But right now, we are focused on the Black Lives lost and the injustice that has been visited upon the black community for 400 years. We are focused on the lives lost by George Floyd, Breonna Taylor, Rayshard Brooks, Ahmaud Arberry, and many more. There have been protests in the street for weeks across the nation against police brutality and the extrajudicious killings of black folk and white folk alike. Here, in a photo essay are some of the expressions of the protests and the outrage. All pictures were taken by me in Louisville, Kentucky where Breonna Taylor was gunned down in her own apartment by police who executed a “no knock warrant.” One of the officers who participated in the raid has been fired. No one has been charged. There still is no justice for Breonna. 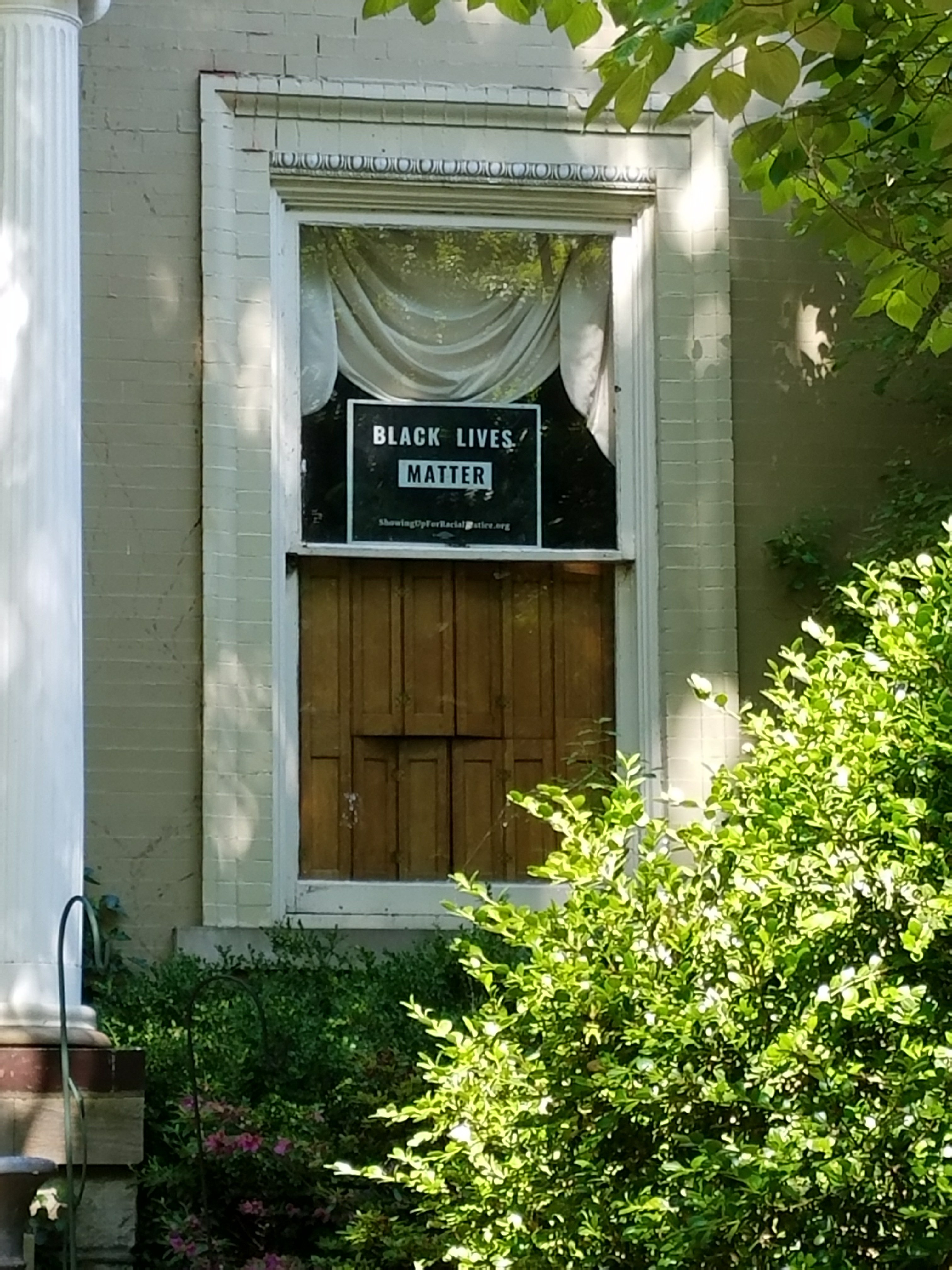 There is such a “shit storm” going on in the world everyday these days one hardly knows where to begin. Let’s start with the NFL situation. Compelling football players to stand during the national anthem is at the very least a violation their free speech even if the NFL is a private concern. Free speech is a basic human right and is protected in the First Amendment to the constitution of the United States. It is perhaps the most patriotic thing one can do. And what are the players protesting? Injustice. They are not protesting the Anthem, or the flag, or the country. But, rather, injustice.

What’s to be done? My suggestion is to boycott the NFL. Stop watching football. I know this is going to go over big with football fans of whom they are legion, but I am going to say it anyway. Football is a brutal, violent sport that injures its players and brings out the worst in it’s watchers and participants. And it is boring to boot.

So, I say don’t watch it. Read a book, take a hike, go to a concert, or do something creative or helpful. But don’t watch football.