So I went to the bus station to pick up my young friend Victoria who was travelling from Nashville back to Louisville. It was about  8:00  in the evening on a cool spring night. It wasn’t quite dark yet.

Since we were downtown we thought it would be a good idea to have drinks at the 21C Hotel bar.

I drove the six blocks or so to the the hotel and parked out on the street. 21C was a favorite of ours. We really weren’t dressed for the place but in Louisville that didn’t really matter.

We entered through the restaurant and made our way to the bar and sat on a couch on the rear wall. 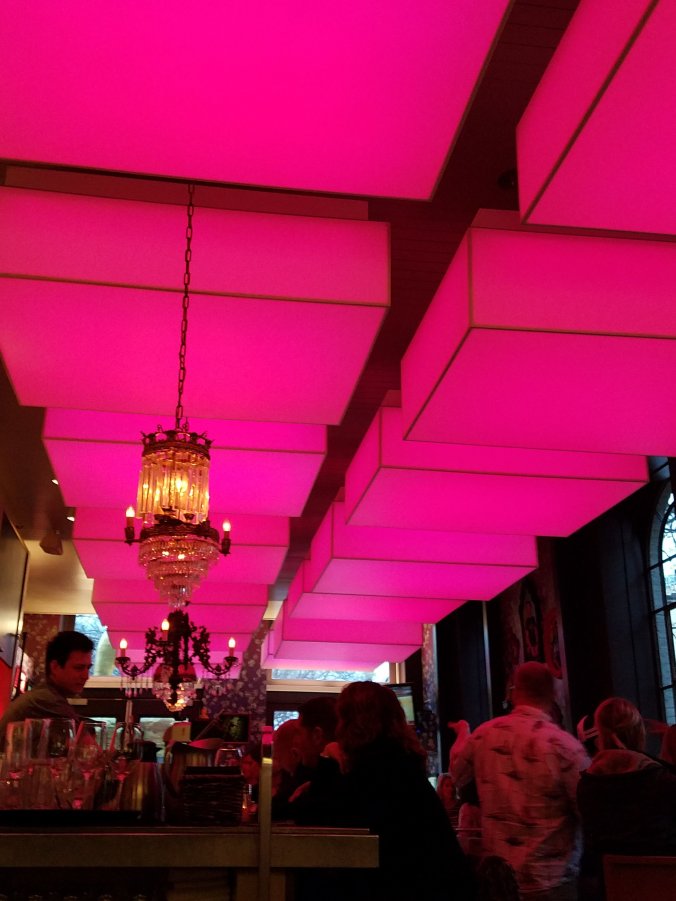 “Just like being in our own living room,” I remarked.

“Yeah, but better because of the people watching,” she said. 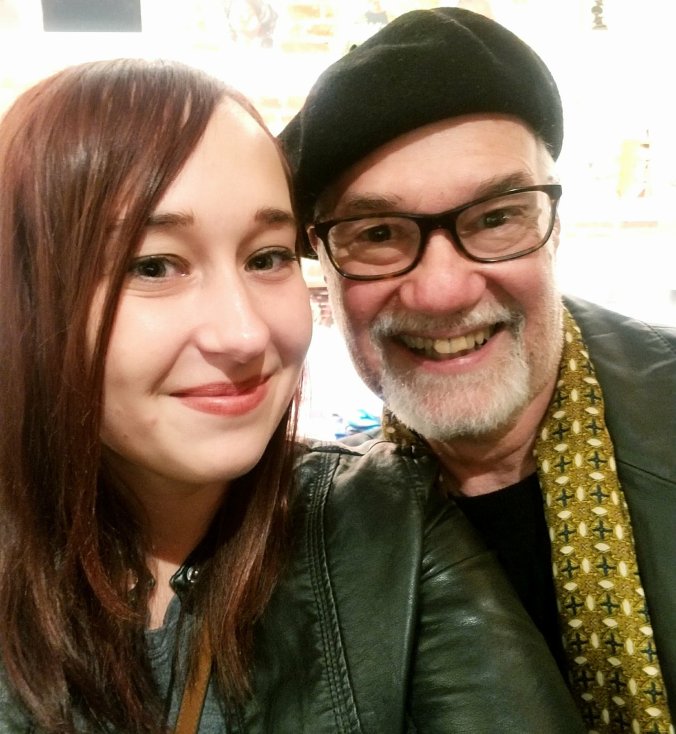 I ordered a Jack and soda and she had a Rum Coco. Something she had started drinking since she came back from Cuba a couple of months ago.

We had our drinks and some nice conversation about her latest trip to Missouri. She went there with her mother and grandmother to visit her uncle who was doing eleven years in the federal penitentiary in Springfield.

We looked the menu over but we didn’t see anything we wanted to eat so we decide  to go the the Tavern in old Louisville to round out the night and get a late night snack. 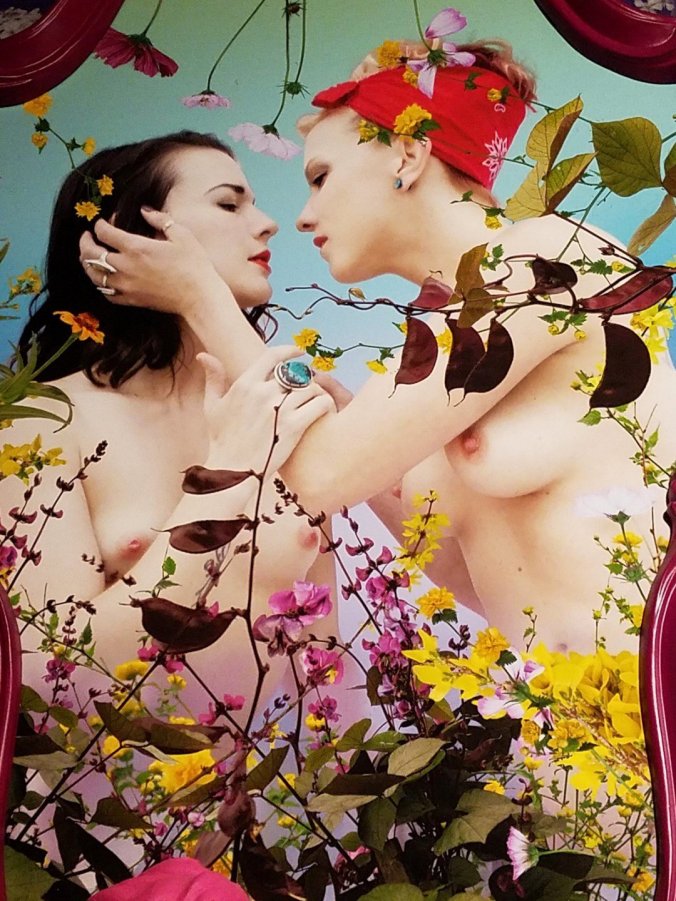 We finished our drinks and walked out through the bar to the restaurant exit out onto  the street. To our surprise it had started raining. It was really coming down and it was a cold rain. We ran the two blocks to car and got soaked. Once we were safely ensconced inside I was huffing and puffing from the exertion.

Victoria ventured, “I’ve never seen you run before.” And she let out a little laugh.

“Well it is is pretty unusual,” I said. “It doesn’t happen very often.” And I laughed too.

I caught my breath and drove to the Tavern where we had more drinks and shared an order of wings.

On the way there I was put in mind of a song I like by Beth Hart: Caught Out in the Rain.

Here it is. Hope you enjoy it.

10 thoughts on “Caught Out in the Rain”