One of my many guilty pleasures as a film buff is watching the films of Woody Allen. I know he is a controversial artist but I love his films anyway. Thus, the source of my guilt. Can we separate the art from the artist? I don’t know. But I do love his films.

His latest foray into the cinematic realm is the nostalgia laden Wonder Wheel, which takes place at Coney Island in the 1950’s. 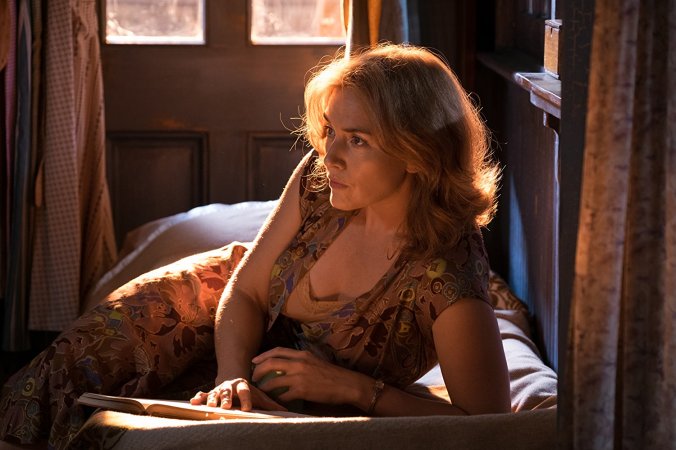 The critics have been harsh on this film but unjustly so in my opinion. They have slammed the writing concluding there was not much point to the film. Au Contraire. This is a wonderful piece of entertainment, if a bit melodramatic, but melodrama was indeed the point.

I think the critics just don’t like Woody Allen, for obvious reasons, and continually judge him by his best work of the past. In Hollywood you are only as good as your last time at bat.

Now here’s the bad part. Sometimes Kate Winslet’s character seems to be channeling Blanche du Bois and sometimes she seems to be channeling Mia Farrow. Definitely heard some Woody Allen coming from Mickey the Lifeguard and what about that red headed step child who was a pyromaniac? Could that be Ronan Farrow burning down the house? And let us not forget the plot twist of Mickey overthrowing the older Ginny for her stepdaughter Carolina. And you thought your had drama in your life.

There is dark humor in this film as well a pathos. Kate Winslet is a wonder in Wonder Wheel giving one of her most emotionally resonant performance in years as an aging would be actress (I coulda been a contenda) stuck in a dead end life as a waitress in a clam house on the boardwalk at Coney Island and living in an apartment in the shadow of the Wonder Wheel. Jim Belucshi is Stanley Kowalski to her Blanche. Yes, I see echoes of Tennessee Williams here.

The real star of the show is Coney Island as depicted by the wonderful cinematography of famed cinematographer Vittorio Storaro. The the amazing color in Wonder Wheel perfectly captures the time of the period and is achingly beautiful.

Two thumbs way up for this Woody Allen cinematic classic.