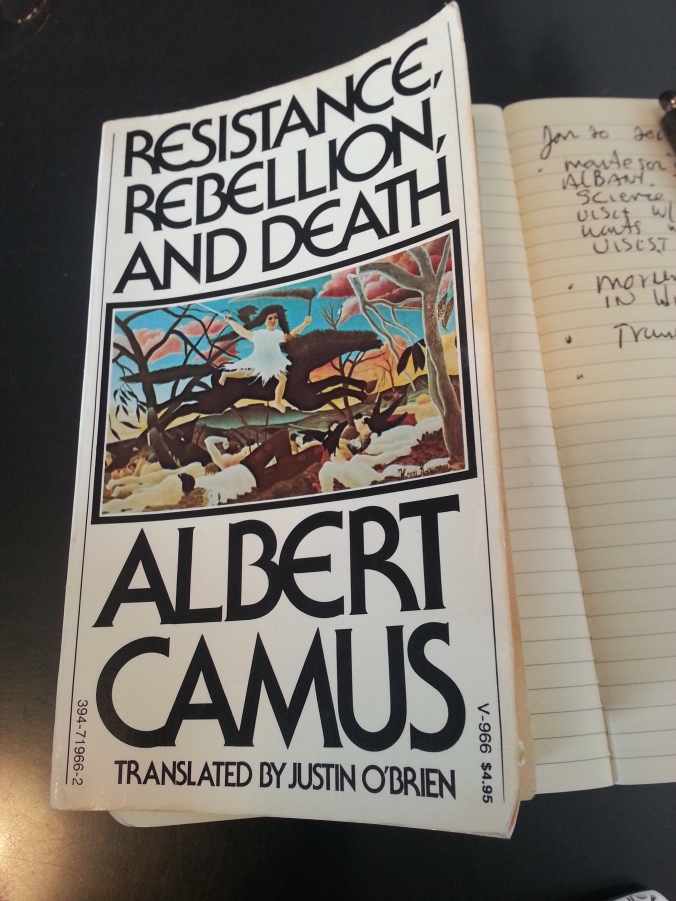 In Defense of Intelligence, based on the writings of Albert Camus

What always stands in the way of friendship is falsehood and hatred. We shall not accomplish anything for friendship if we cannot get rid of falsehood and hatred. For months now, we in America have been subjected to an unparalleled outbreak of hatred. Our poisoned hearts must be cured. The most difficult battle must be fought within ourselves. With exceptional effort we must transform our appetite for hatred into a desire for justice. Not giving in to hatred. Not making concessions to violence, not allowing our passions to become blind. There are things we can do for friendship and against Trump. It is essential that we never let criticism descend to insult. We must save intelligence. Years ago when the Nazis seized power in Germany, Goering declared, “When anyone talks to me of intelligence, I take out my revolver.” That philosophy was not limited to Nazi Germany. We see it on the rise today. Donald Trump, during his campaign, declared, “I like the uneducated.” He also said, “I could pull a gun out on Fifth Avenue and shoot someone and no one would care.”

The only way to defeat Donald Trump, and defeat him we must, is through intelligence. When intelligence is snuffed out, the dark night of dictatorship begins. Friendship is a knowledge acquired by free men. There is no freedom without intelligence or without mutual understanding. Resist the idea that intelligence is unwelcome or that it is permissible to lie to succeed. Do not give in to guile or violence or inertia. Then perhaps friendship may be possible.

2 thoughts on “To My Russian Friends”