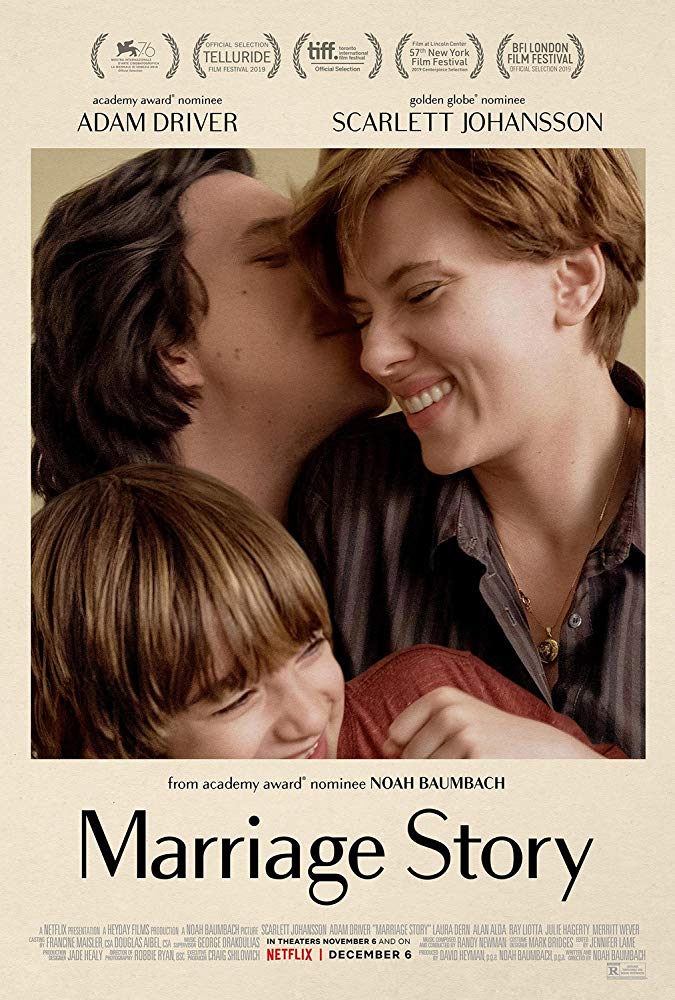 Marriage Story (2019) is written and directed by Noah Baumbach and stars Adam Driver and Scarlett Johansson. Everyone is at the top of their game. To say I wasn’t expecting this to be as good as it was is an understatement. I mean, I was expecting it to be good given the parties involved, but this movie pretty much blew me away. This movie realistically depicts the pain and drama of a marriage dissolving and the subsequent divorce. Adam Driver and Scarlett Johansson, two actors I adore, have never been better. There are standout performances from other actors as well, Ray Liotta, Wallace Shawn, Alan Alda, and Laura Dern.

The writing plays a starring role as well. These characters are fully realized as their lives unfold before our eyes on the screen. Baumbach reminds me somewhat of Woody Allen in his more serious mode or a later version of Henrik Ibsen. A masterful storyteller who presents to us the drama of ordinary domestic life about characters we ultimately come to like and care about.

Coming up For Air

The Seven Factors of Awakening

If Wishes Were Horses

The People of Costa Rica

Someone to Watch Over Me