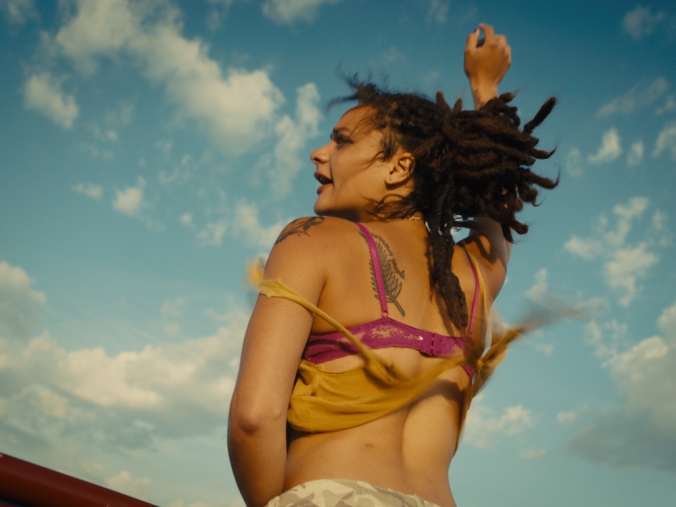 The film, American Honey, came onto my radar screen recently because of the buzz it seemed to be getting in the media. I saw the trailer and became intrigued. I vowed to see the movie. Several things about this movie caught my attention. The name for one, American Honey. Thought provoking and provocative. It stirred visions of a sweet young thing standing up in an open car with the wind rushing through her hair without a care in the world. When I learned it was a road trip movie about a teen aged girl in a magazine crew I was hooked. When I was 16 I was a member of a traveling magazine crew too.  It was my first actual paying job that I ever had where I got a weekly paycheck. My teachers and my parents hated it. My teachers thought it was a distraction and my parents didn’t like the exposure I got to the seamier side of life. I loved it for the same reasons. I learned more about life from that one experience than almost anything else I have ever done. Like the characters in the film, I came of age.

So I went to see it. Here is my report. Despite the name this film is actually British. It was directed by British filmmaker, Andrea Arnold. Shooting locations included: Muskogee, Oklahoma, and parts of Kansas, Nebraska, Missouri, Iowa, and North Dakota. I am not going to say anything bad about Muskogee. I lived there for seven years and it is full of colorful characters. But I will say this: it is a good place to run away from.

It is always interesting to me to see America depicted through the lens of a foreign born director. Such as the likes of Michelangelo Antonioni and Wim Wenders, and now Andrea Arnold. Their perspectives are just a little bit different. But that difference is instructive. Arnold has previously won an Oscar for Wasp (2005), Best Short Film, Live Action.

The lead actor is played by newcomer Sasha Lane. This is her first movie role. She was literally discovered on the beach on spring break in Panama City, Florida. She has great energy and is a natural in her role as Star, the teenager from Muskogee who takes a chance on getting out of there and joins the magazine crew that is passing through. Shia LaBeouf plays top salesman Jake who tries to show the independent minded Star the ropes. He succeeds in more ways than one. Riley Keough, Elvis Presley’s granddaughter, plays the crew leader. 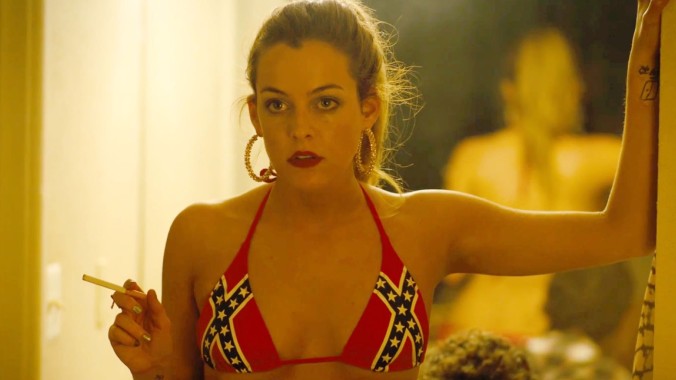 A couple of things that put me off at first were the aspect ratio and the length of the film. Aspect ratio was 4:3 which was damned near a square on the screen. I must confess that I did not like this format much when I first saw it, but after a while I got used to it. This is a format that the director must like as she uses it frequently. Running time is two hours and 43 minutes. Quite long. But, I must say I didn’t notice it much until the movie was over and I went outside and noticed that the weather had changed and the light was decidedly different. Man, that was a long film, I told myself. But, as I said, during the watching of the film I really didn’t notice. I believe that it took that much time for the story, such as it was, to unfold. The movie was not filmed in a conventional story line with a classic beginning, middle, and end, but rather more like a slice of life. It put me in mind of cinema verite, which I love.

The movie was supposed to be about a subculture of millennials making their way and coming of age. The ensemble acting was quite good with lots of energy and engagement. Everyone had their own back story they were running away from. I didn’t find them to be that different from the teenagers I hung out with when I was selling magazines door to door. They are millennials and I am a boomer. But hey! We were all young once. Great movie! Highly recommend.