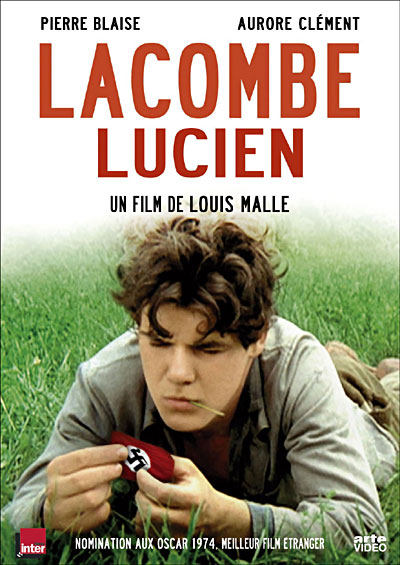 While film noir remains my favorite film genre, emanating mainly from the 1940’s and ‘50’s as it were, it seems to me that film (now mainly digital) hit its high water mark, like so many other things in the culture, in the 1970’s. I just haven’t seen anything as good at the movies as those produced during that time frame.

Lacombe Lucien falls into that category. Released in 1974, it was directed by French filmmaker Louis Malle. Screenwriting credits go to Louis Malle and Patrick Modiano. Modiano won the Nobel Prize for literature in 2014.

The movie takes place during WWII in Nazi occupied France. Eighteen year old Lucien lives in the rural southwest of the country with his peasant family on a farm. His father is a POW and his mother helps to operate the farm. Lucien, who has no particular political leanings, is bored and looking for something to do beside mop the floors at the local nursing home. We see a little bit into his nature as we observe a series of troubling behaviors that would indicate his propensity for violence and brutality. First he sling shoots a song bird for target practice, then he shoots a rabbit, then he knocks the head off a chicken in real time. 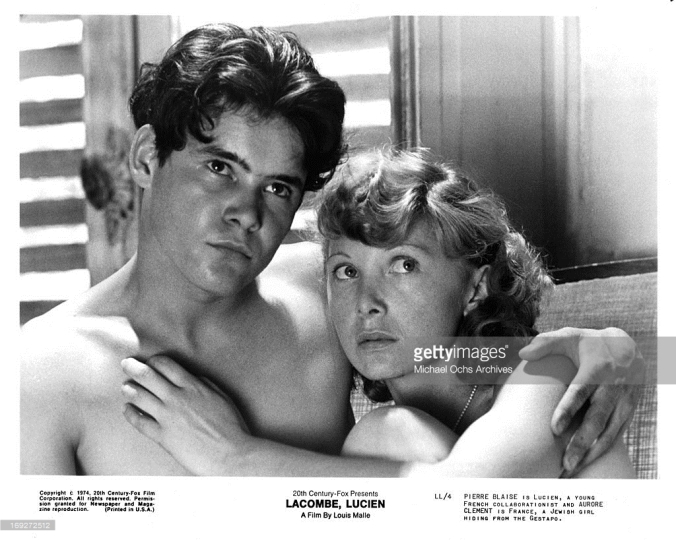 Lucien tries to join the French Resistance but he is turned down because of his age. On his way home he makes a chance encounter with some collaborators and the German Gestapo. They welcome him with open arms. They bring him into their fold, ply him with alcohol, food, a place to stay, and other comforts. He is given a gun and becomes an enforcer for the German police. This gives Lucien a chance to belong to something bigger than himself and gain a little power. It is not hard to make the leap from this disaffected youth in 1944 to the disaffected youth of today who join ISIS.

He is taken to a rich Jewish tailor who is in hiding by the name of Horn to have a suit of clothes made. Horn becomes a father figure to the boy and an awkward relationship begins between the two. Horn has a beautiful daughter whose name just happens to be, France. Lucien falls for her hard.

Things became complicated as the Horns are part of the persecuted minority and Lucien inadvertently is responsible for Horn’s imprisonment and being sent to a concentration camp. When the roundup comes for France and her grandmother, Lucien is conflicted but opts to help them out. They run off together and hideout in the countryside. Fast on their heels are the French Resistance and the Gestapo. The war comes to an end and Lucien meets with an unhappy fate.

There are many things going on here not the least of which is the depiction of the banality of evil as demonstrated by the French collaborators. It is a unique character study of Lucien Lacombe who is a confused, naive, bully. Also, the movie shows that there were perhaps more collaborators that the French would like to admit. All in all a great movie and an early masterpiece for Louis Malle.