I have moved recently and whenever I move I am always fretting over how much stuff I have. Not the least of which is a rather large collection of books. My library as it were. I have been hauling this collection of books around the country with me for some 50 years. Every time I make a move I try to winnow it down to a core number, but giving away books is a little like giving away children. It is an agony. 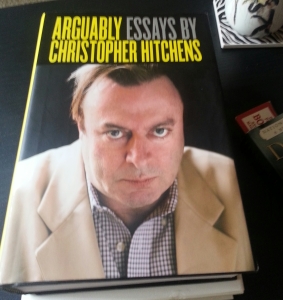 had a similar problem as he described in his essay, Prisoner of Shelves: “I try to cull them out but the closer I get to the center the harder it is to cull. I can’t throw out a book that has been with me for years and is like an old friend. Or a book that has been written by an acquaintance or who knows when I will need a reference to a subject however obscure. I never lend my books, I am compulsive about not letting them out of my sight.”

I feel the same way. In fact I composed this little ditty to describe my feelings:

Neither a lender nor a borrower be
For borrowing dulls the edge of husbandry
With this in mind then, if you still want to borrow
I’ll expect the book back by tomorrow.

When I moved from Trenton to Louisville three years ago I gave away literally 20 cases of books and downsized five bookcases. It gets harder each time. I just moved from a three bedroom house to a two bedroom apartment and once again find myself downsizing. At least now they are all together and they couldn’t be happier. 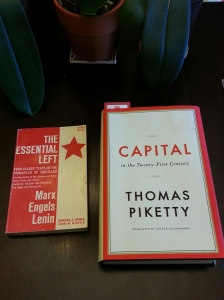