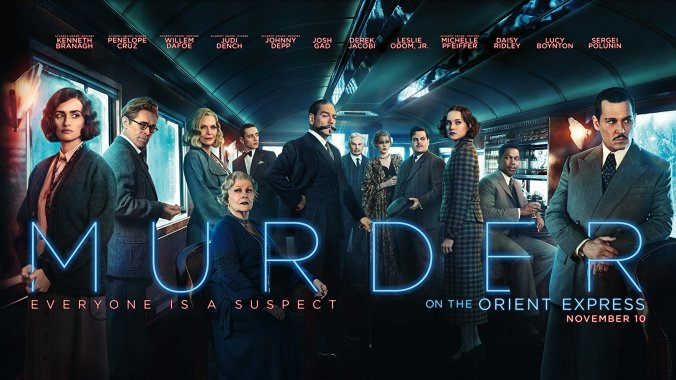 A fun ride on the Orient Express. Old fashioned crime drama, based on the novel by Agatha Christie of the same name, with an all-star cast. Don’t expect any surprises here as this is a remake after all, but I am betting there are plenty of people who have not seen the original film directed by Sidney Lumet in 1974 , or have not read Christie’s novel. 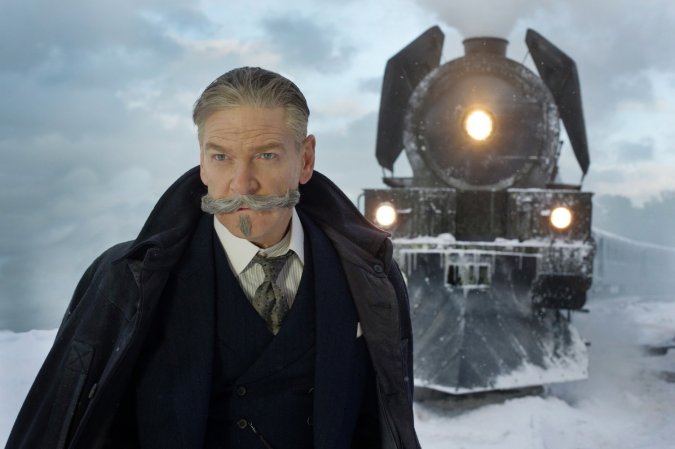 Kenneth Branagh has done a masterful job bringing this material to the screen. And what fun it is to watch your favorite stars strut and fret across the stage. Michelle Pfeiffer never looked more beautiful, so glad to see her back. Then there is Penelope Cruz, Willem Dafoe, Judi Dench and Johhny Depp to round out the cast. Kenneth Branagh stars as the inimitable detective, Hercule Poirot. He had to occupy two berths on the train, one for him and one for his mustache. 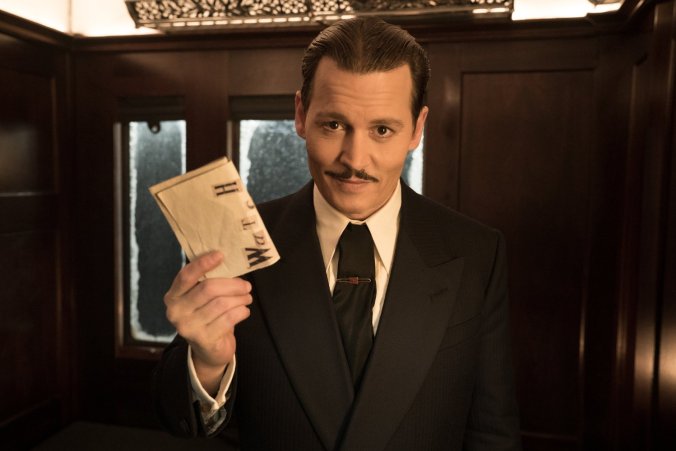 The movie was shot on 65 mm film by Cinematographer Haris Zambarloukos and is quite beautiful to look at. The train is luxurious and the exteriors were fabulous! The film was shot first in Istanbul (actually Malta) then later in the mountainous region in Italy for the snow sequences. Each frame was composed and lit like a Renaissance painting. 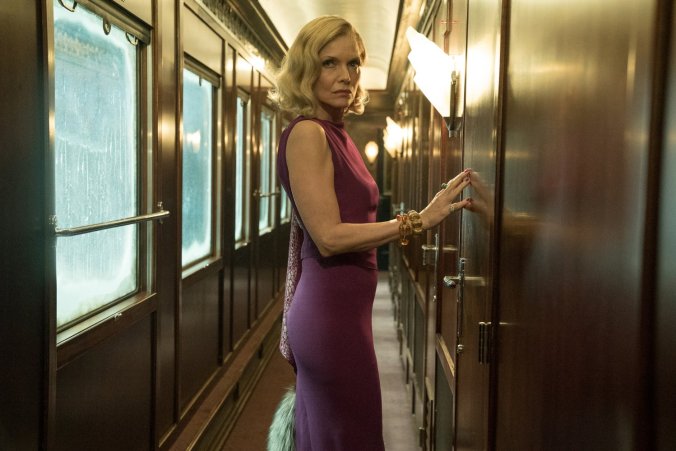 There are worse things you can spend 114 minutes on and this film is a winner!