The Gambler (2014) is a remake of the classic 1974 film of the same name. That film, directed by Karel Reisz, was loosely based on Fyodor Dostoevsky’s novella, The Gambler. It is interesting how life imitates art and how art imitates life. The 1974 version was written by James Toback, who had a gambling addiction at the time, came from a wealthy family, and taught creative writing at New York City College. It was his first screenplay and he based it on his own true life experiences with more than just a nod to Dostoevsky.   Dostoevsky was addicted to gambling as well and wrote the novella, based on his own experiences, in 26 days to pay off a gambling debt.

The 2014 version stars Mark Wahlberg as the college professor who teaches literature by day and gambles by night. Wahlberg gives a creditable performance as the gambling addicted professor Jim Bennett. Jim gets in trouble with not one but three different mob figures as he courts danger by getting deeper in debt with each one and staying only one step ahead of complete annihilation. At one point he is $240,000 in debt. One of these mob figures is Frank, played to near perfection by John Goodman, who takes a fatherly interest in Jim and drops philosophical axioms on him in every scene they play together. Still, you wouldn’t want to cross him or any of the others. 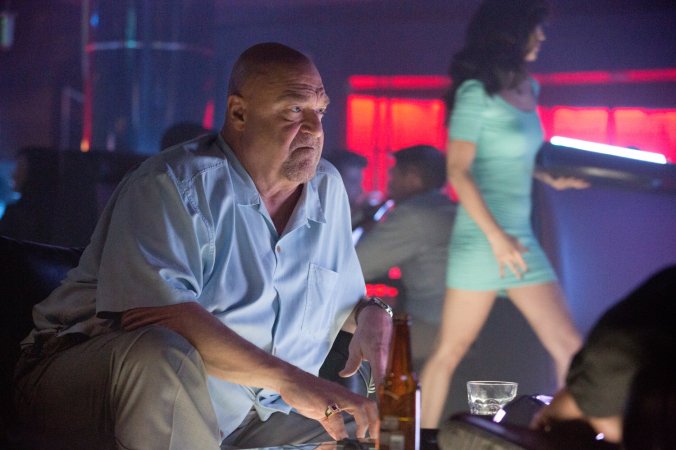 Jessica Lange plays the wealthy mother who bails him out one last time. Her performance is out sized, over the top, and a total delight to watch. We see where Jim may have gotten some of his issues. Brie Larson plays the girl. She is gorgeous to look at but doesn’t have much to do.

The 2014 film is directed by Rupert Wyatt who brought you Rise of the Planet of the Apes (2011).  The screenplay was written by William Monahan whose previous efforts include The Departed which was known for its crackling dialogue and starred once again, Mark Wahlberg. Not quite as successful here, but not bad. As already mentioned, this movie is a remake of the 1974 movie written by James Toback and starring James Caan.

The locations are different and the cinematic style is very different. The 2014 version takes place in the Los Angeles underworld and filmed in a very slick fashion in colors of cold dark blues and reds. The 1974 version was much grittier and took place in New York City.

It is axiomatic to say that every film made in the 1970’s is better than any film made in the decades that followed. That is certainly true in this case. In my view the 1974 version was much better. James Caan sizzled as the main character, Axel, who strutted around with his shirt half unbuttoned and his hairy chest exposed as cocky as a bantam rooster, or more to the point like an actual erect cock throbbing with energy and enthusiasm. He exudes sexuality and cockiness. Lauren Hutton plays the girl and Paul Sorvino plays the mob guy, Hips.

Axel is into self-destruction and self-loathing.

“What do all gamblers have in common?”

I liked the ending in the 1974 version better as well. In the 2014 version, after Jim just barley pulls out a win at the last minute and squares all deals and saves his ass, he is seen running to meet up with Amy. This is a hopeful ending that, let’s face it, doesn’t make much sense. It is more of a Hollywood ending one might say. In the 1974 version, after Axel pulls off a last minute win and saves himself from certain disaster, we see him heading down into a dangerous section of New York.

“Don’t go down there Axel,” Hips warns, “they’re cannibals down there (which I guess is code for black people). They will eat you alive!”

Axel, following what must be a death wish, goes into a black whorehouse and picks up a girl and takes her to her room. He is followed by her pimp. Axel then tries to rip her off by not paying her. The whore screams for her pimp who crashes into the room brandishing a knife. A fight ensues and it looks like Axel is winning. He knocks the knife out of the pimp’s hand, the black whore picks up the knife and slashes Alex across the cheek with it. Alex flees the room clutching a rag to his bleeding face.

As he is leaving the flop house he catches a look at himself in a mirror and sees the bloody slash on his face that will no doubt be like a Heidelberg scar that he will carry around with him like a red badge of courage for the rest of his life. Roll credits.

In the novella, at the  end, the protagonist, Alexey, is down and out having lost most of his money on roulette. He meets an old friend who gives him news of his love interest, Polina. This gives Alexey hope as he learns from his friend that Polina is in Switzerland and that she does love him after all. But alas, it is a false hope because in the final analysis, Alexey is still a gambler at heart and cannot escape his fate. 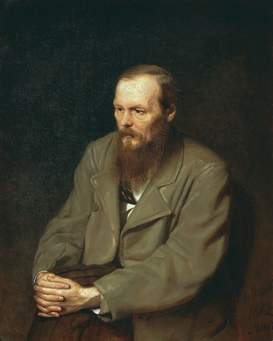 What all three characters have in common is a gambling addiction. In a letter to a friend Dostoevsky says the thing about his gambler, “… is that all his vitality, his strength, his impetus, his courage, have gone into roulette.” Gambling is not just an addiction, but an overwhelming compulsion that seizes its victims by the mind, body and spirit.

This magnificent obsession is on  fine display in both movies and the novella. For my money the 1974 version of the Gambler is the best. Do I get any bets?